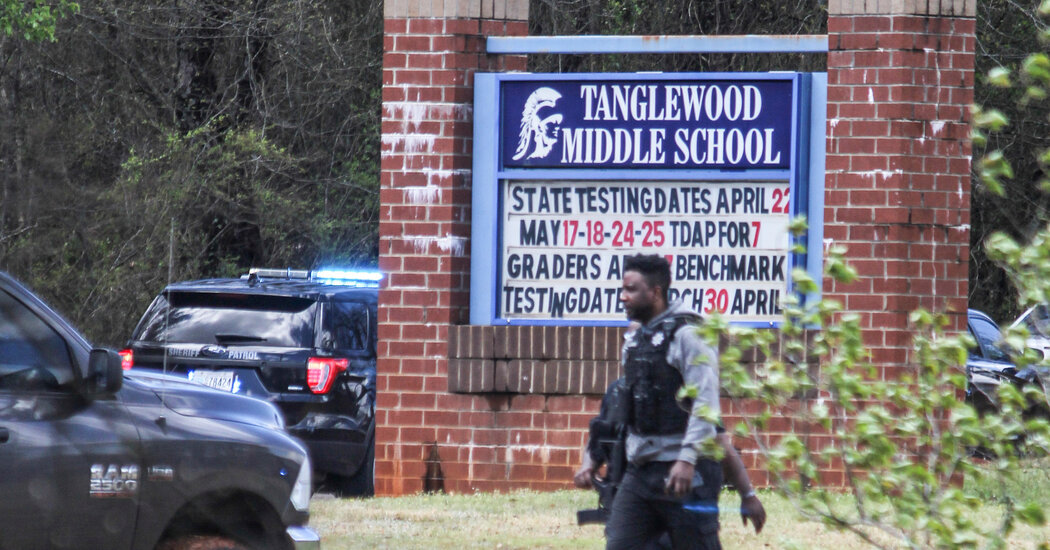 The authorities are investigating the fatal shooting of a 12-year-old student on Thursday by a classmate at their South Carolina middle school.

The suspect, a 12-year-old boy whose name was not released, was arrested on murder and weapons charges in the shooting, which occurred around noon at Tanglewood Middle School in Greenville, S.C., the Greenville County Sheriff’s Office said in a statement. There were no other injuries.

The victim, Jamari Cortez Bonaparte Jackson, was transported to a nearby hospital, where he was pronounced dead shortly after 1 p.m., the Greenville County Coroner’s Office said in a statement. According to an autopsy conducted on Friday, the cause of death was a gunshot wound to the chest.

It was not clear on Friday what had led to the shooting or where the student had obtained the handgun. The two students, both in the seventh grade, were familiar with each other, the authorities said.

In a statement released by Fighting Injustice Together, a community group in Greenville, Jamari’s relatives said they were devastated by the boy’s death.

“We love Jamari dearly and we would ask that our privacy be respected as we grieve during this very difficult time,” his family said.

The Sheriff’s Office declined to answer questions about the investigation on Friday.

Around 12:30 p.m. on Thursday, a school resource officer called for backup after hearing gunshots at the school, the Sheriff’s Office said in its statement.

The authorities said they later learned that a male student had shot another male student at least once inside a wing of the school.

After the attack, sheriff’s deputies discovered that the shooter had fled. The authorities learned that he was at a residence. When they arrived, they found him “hiding under a deck,” according to the statement. The deputies said they also recovered a handgun.

He was expected to be taken to the Department of Juvenile Justice in Columbia, S.C. It was not immediately clear on Friday whether the boy was being charged as a child. In South Carolina, a person convicted of or who pleads guilty to murder could face the death penalty or imprisonment of 30 years to life.

In his office’s statement, Sheriff Hobart Lewis said, “My heart breaks for this young boy’s family and my prayers are with them.”

He added, “I will be praying for the other young boy who pulled the trigger and his family.”

In a separate statement, W. Burke Royster, the Greenville County Schools superintendent, said of the victim, “Our thoughts and prayers are with his family, his fellow students, the staff members at the school and everyone who knew this child.”

“This is an absolute tragedy,” he added, “and we will continue to do whatever we can to support his family.”

The school was open on Friday but there was no classroom instruction, said Tim Waller, a district spokesman.

“This is an opportunity to get together as a family and process,” he said. Grief and mental health counselors were at the school.

Like other Greenville County schools, Tanglewood, which serves about 780 students in grades six through eight, does not have metal detectors.

“We have looked at that before, and we will certainly look at that again,” he said. Mr. Waller added that the best defensive tool to keep weapons out of schools was if students “see something, say something.”