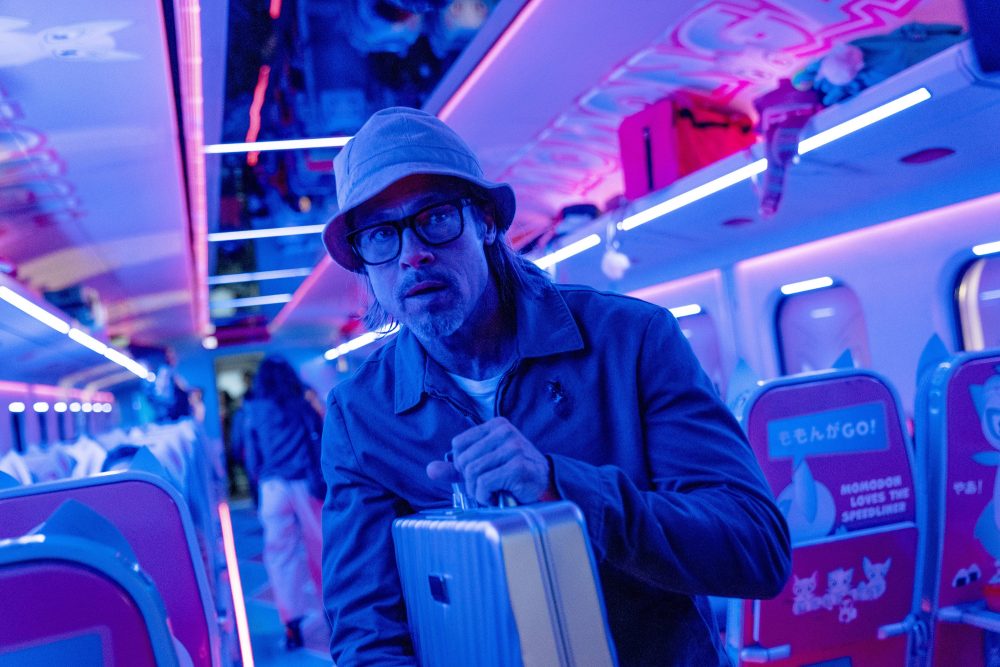 “Bullet Train,” a John Wick-ian romp with Brad Pitt in the aisle seat, arrived in theaters with a $30.1 million opening weekend. That’s enough to top the domestic box office, but it’s a middling result given “Bullet Train’s” $90 million price tag and Pitt’s star power. The Sony Pictures release will need to maintain momentum in the coming weeks as it tries to break even or turn a profit.

“A big film like this with lot of expectations should have had stronger debut,” says Jeff Bock, senior media analyst with Exhibitor Relations. “That said, there’s not a lot of competition in August, so ‘Bullet Train’ should have a good window to make its mark in the coming weeks.”

“Bullet Train” is trying to prove that an action flick that isn’t based on a well-known property can defy the odds and resonate with audiences. But part of the issue for the film is that critics weren’t on board. “Bullet Train” landed a mediocre 54% approval rating on review-aggregation website Rotten Tomatoes, with many reviewers faulting the movie for being overly derivative. Variety chief film critic Peter Debruge was mixed on “Bullet Train,” writing that “neither the characters nor the film they inhabit are particularly deep.”

“Bullet Train” was directed by David Leitch, who once served as a stunt double for Pitt before moving on to oversee the likes of “Atomic Blonde” and “Deadpool 2.” It centers on a hapless hitman whose mission to nab a suitcase full of cash on a high-speed train in Japan, devolves into double crosses and brutal fights with an army of competing killers, thieves and social deviants.

The good news for Universal and Amblin is “Easter Sunday” was a modest bet, carrying a price tag of $17 million. Comedies, once a reliable draw, have struggled at the box office in recent years. In fact, “Easter Sunday” is the only major studio comedy being released theatrically this summer, a sign of how far the genre has fallen in popularity.

“DC League of Super-Pets,” an animated offering from Warner Bros., nabbed second place with $11.2 million. After two weeks, “Super-Pets” boasts a domestic gross of $45.1 million, a disappointing result given its $90 million production budget. Under its new corporate owner, Warner Bros. Discovery is looking to shake up its cinematic universe of DC Comics characters, a change of course that resulted in the company’s controversial decision this week to scrap “Batgirl” after the movie had been completed. Instead of debuting on HBO Max as originally planned or being retro-fitted for a theatrical run, the film will now become a tax write-down.

Universal’s “Nope” came in third with $8.5 million. That brings the twisty UFO thriller from Jordan Peele to $97.9 million at the domestic box office, an impressive result for a movie that wasn’t derived from some preexisting piece of IP.

Disney and Marvel’s “Thor: Love and Thunder” and Universal and Illumination’s “Minions: Rise of Gru” rounded out the top five, earning $7.6 million and $7.1 million, respectively. That brings the MCU adventure’s stateside total to $316.1 million, while the “Despicable Me” spinoff has now earned $334.6 million domestically.

In limited release, “Bodies Bodies Bodies” grossed $226,526 on 6 screens in New York and Los Angeles, which came out to a $37,754 per-screen average. The A24 horror film follows a group of rich 20-somethings at a hurricane party in a remote family mansion that becomes the locus of a lot of blood-letting. The ensemble cast features former “SNL” star Pete Davidson, “The Hate U Give’s” Amandla Stenberg and “Borat 2” breakout Maria Bakalova.

On the milestone front, Paramount’s “Top Gun: Maverick” has now supplanted “Titanic” as the seventh-biggest film ever at the domestic box office, earning $662 million in ticket sales. The sequel, now in its eleventh week of release, added $7 million to its total. The film is the highest-grossing release of Tom Cruise’s career and, thanks to a lucrative profit-sharing pact, stands to leave him more than $100 million richer.

The domestic box office has experienced an impressive rebound in recent months; it’s a resurgence fueled by successes such as “Top Gun: Maverick” and “Jurassic World Dominion.” The bad news for theaters is that “Bullet Train” is the last big-budget, major studio film this summer and there’s about to be a veritable desert when it comes to populist fare. Studio executives and theater owners privately say that there won’t be another smash hit until “Black Adam” opens on Oct. 21 or “Black Panther: Wakanda Forever” debuts on Nov. 11. That’s a long time to wait, particularly for an exhibition industry that’s still trying to shake off the lingering impact of COVID closures and diminished attendance.

“We need to manage expectations,” says Paul Dergarabedian, senior media analyst for ComScore. “The next three months aren’t going to be like the previous three months. It’s going to be a long time before we get another blockbuster.”