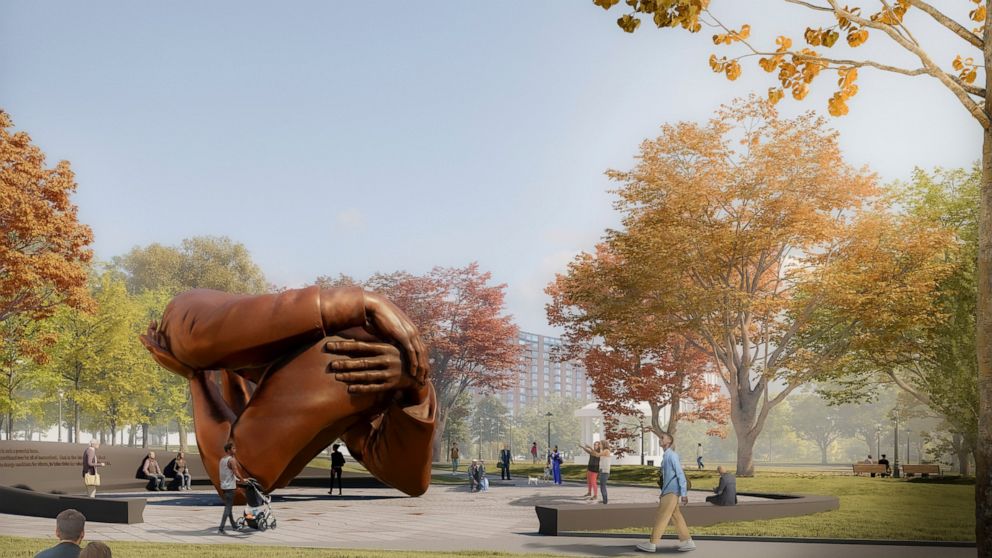 A memorial to Dr. Martin Luther King Jr. and Coretta Scott King planned for the Boston Common has received unanimous approval from a city panel, allowing construction to start

BOSTON — A memorial to Dr. Martin Luther King Jr. and Coretta Scott King planned for the Boston Common has received unanimous approval from a city panel, allowing construction to start, the group behind the memorial said Wednesday.

The 20-foot-high (6-meter-high) bronze sculpture called “The Embrace” will be one of the country’s largest memorials dedicated to racial equity when installation is complete in October 2022, the privately-funded King Boston organization said in a statement.

“Boston has the opportunity post-pandemic to continue and differentiate itself from the rest of the country by being one of the most welcoming, friendly, forward-looking cities in America,” he said. “On the anniversary of the death of George Floyd and the national racial reckoning that followed, the approval of ‘The Embrace’ goes a long way in helping do just that.”

The civil rights leader and his wife first met in Boston in the early 1950s, when he was a doctoral student in theology at Boston University and she was studying at the New England Conservatory of Music.

The $9.5 million sculpture consisting of four intertwined arms was inspired by a photo of the Kings embracing when MLK learned he had won the Nobel Peace Prize in 1964.

It will be installed on the Boston Common not far from where King led a rally and march in 1965.

Because the Common is considered a landmark, the project needed the approval of the commission.

The sculpture was designed by Hank Willis Thomas and MASS Design Group and was selected out of 126 proposals. It will be made offsite and brought to Boston next year.

The organization is also raising money to build an economic justice center in the city’s historically Black neighborhood where MLK preached.