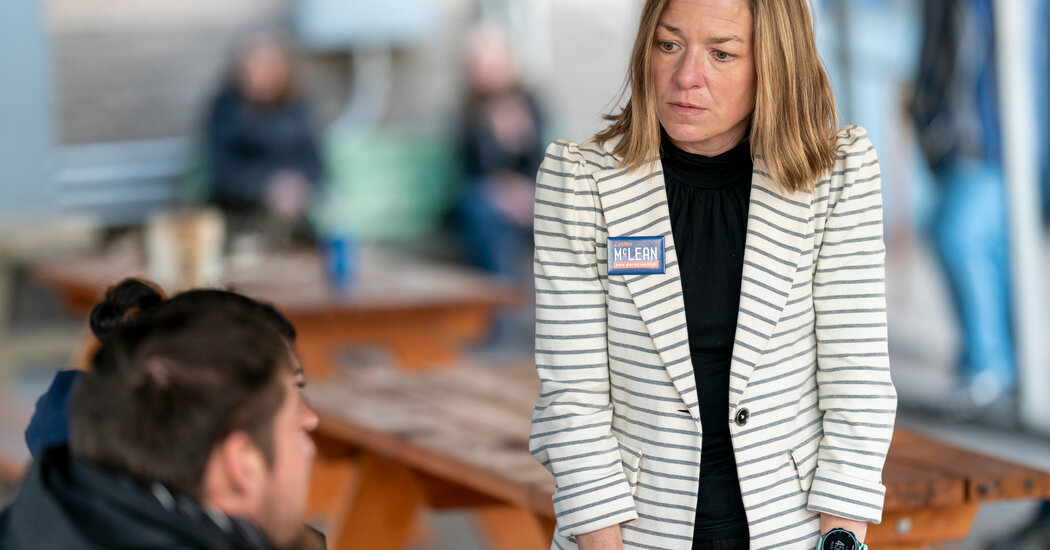 Lauren McLean, the mayor of Boise, Idaho, said that she has faced “real and grave” threats during her term, which has been marked by aggressive demonstrations against Covid-19 restrictions that she and other state officials put in place.

In a nearly 900-word statement that her office shared on Thursday, Ms. McLean, a Democrat, said she had faced protests with torches and pitchforks outside her home and “sinister thwarted plots” against her. Ms. McLean said she was discussing the threats in public because violent intimidation had driven other officials to resign from their posts.

“I understand the decision to leave public office because I still feel intensely the fear, frustration, and helplessness of watching my two children quietly take in news of thwarted threats against me and learning that they, too, were being targeted and tracked online,” Ms. McLean’s statement said.

Ms. McLean said that, after consulting with her family, she had decided to stay in office. She also said that she had made changes to her professional and personal life, including traveling with a security detail, ending her early morning trail runs and sharing less information about her family online.

Ms. McLean did not specifically mention the coronavirus in the statement, though several of the protests she described taking place outside her home in 2020 were against Covid restrictions.

Boise is lifting its mask mandate in city buildings and ending restrictions on the size of gatherings on Monday. The changes follow a significant drop in Covid cases, hospitalizations and deaths in Idaho in recent weeks.

In Idaho, coronavirus vaccines and pandemic public health rules have been especially divisive. Only 53 percent of Idaho residents are fully vaccinated, which is one of the lowest rates in the country, according to a New York Times database.

In August 2020, dozens of unmasked protesters, some of them armed, forced their way into the state’s House of Representatives chamber, pushing past state troopers to protest laws related to the pandemic. Among them was Ammon Bundy, who led an armed standoff against federal agents in Oregon in 2016. Mr. Bundy was acquitted of federal conspiracy and weapons charges in the Oregon case. He was convicted of trespassing in the Idaho protest but returned to the Idaho Capitol building repeatedly.

In December 2020, Ms. McLean and the Boise police ended a virtual meeting held by the city’s public health agency out of concern over protests outside the agency’s headquarters and the homes of at least three members of its board.

Ms. McLean’s statement said that she had tried not to call attention to “militia-affiliated” crowds that gathered outside her own home, but that she wanted to describe the threats against her and her family so that other public leaders experiencing harassment would feel less isolated.

Ms. McLean, the first woman elected mayor of Boise, was a member of the Boise City Council from 2011 until 2019, when she won the mayoral election. She assumed office in January 2020, with the pandemic dominating much of her tenure.