Bob Beckel, Liberal Operative Who Became a Fixture on Fox, Dies at 73 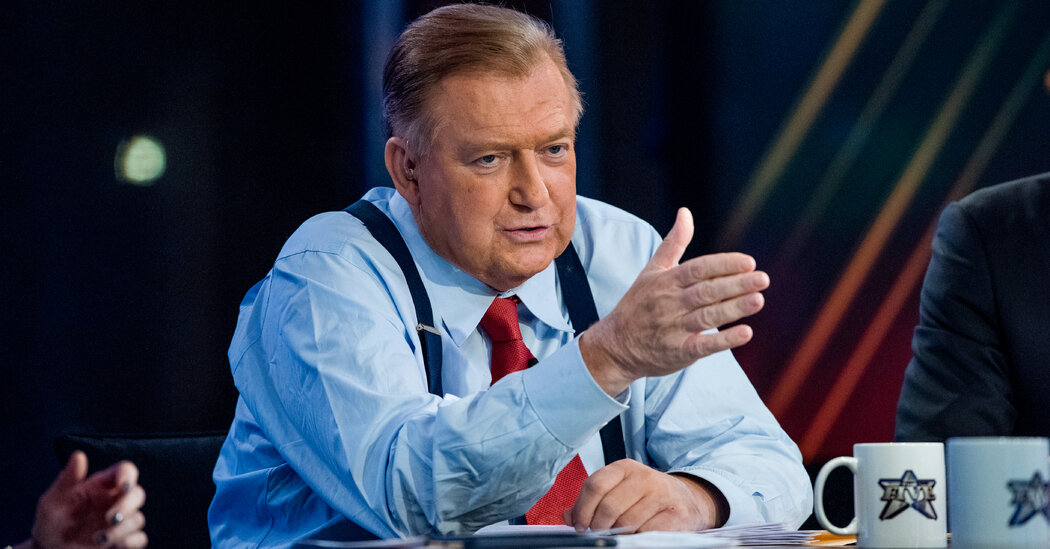 Bob Beckel, who parlayed a lengthy career as a Democratic political operative into an even longer one as a TV pundit, mostly for Fox News, where he assumed the role of avuncular in-house liberal with a penchant for saying whatever was on his mind, died on Sunday at his home in Silver Spring, Md. He was 73.

His daughter, McKenzie Beckel, confirmed the death but said the cause had not been determined.

As a pundit, Mr. Beckel often traded punches with the likes of Sean Hannity and Greg Gutfeld. But some of his positions — though he defended Barack Obama, he called for a freeze on visas for Muslim and Chinese students — meant that he often had more friends on the right than the left.

“He and I got along great. He had a key to my house,” Mr. Hannity said on his show on Monday. Appearing alongside Mr. Hannity, Laura Ingraham, another Fox host, called him “an old-time liberal you could fight with.”

But Mr. Beckel frequently crossed the line into cultural insensitivity. On the Fox News show “The Five,” where he was a host, he used racial slurs for Chinese people and repeatedly questioned the loyalty of Muslim-Americans. “I am an Islamophobe. That’s right — you can call me that all you want,” he said in 2015, after the attack on the offices of the French satirical magazine Charlie Hebdo.

Fox News fired him in 2015, ostensibly over a dispute about an extended medical leave, which began with back surgery but, after he became addicted to pain killers, turned into a stay in rehab. The network rehired him in early 2017 to great fanfare — only to fire him again a few months later, after a Black employee accused him of making a racist remark.

Mr. Beckel denied the charge, saying he had been set up because of his constant criticism of President Donald Trump.

Mr. Beckel rose to national prominence as the outspoken campaign manager for Walter Mondale’s 1984 presidential campaign. By all accounts he ran a savvy race, helping his candidate overcome an embarrassing loss in the New Hampshire primary to Senator Gary Hart of Colorado — in part by persuading Mr. Mondale to question the substance of Mr. Hart’s agenda during a debate by uttering the popular catchphrase, “Where’s the beef?”

Mr. Mondale clinched the nomination, but Ronald Reagan trounced him that November in one of the most lopsided elections in recent history.

Soon after, Mr. Beckel announced he was done with campaigns, but not politics. The next year he established a consulting firm, advising politicians and corporate clients, and he hung out his hat as a pundit on cable, network and local news coverage through the 1990s.

He signed on as a commentator with Fox News in 2000, and in 2011 he joined four other of the network’s personalities to launch “The Five,” an afternoon gab fest loosely modeled on “The View.”

The show took off, dominating its 5 p.m. time slot and ranking behind only Mr. Hannity in Fox viewers. Many of the show’s fans, including a surprising number of liberals, said they tuned in mostly to see what the always unpredictable Mr. Beckel would do next.

Broad-shouldered and slightly stooped, decked in bright suspenders and shirt sleeves, Mr. Beckel was as likely to defend liberal pieties as he was to puncture them. He might make a crude gesture at one of his conservative sparring partners, or show up just before Christmas dressed as Santa Claus.

“It’s like seeing a family at Thanksgiving come home and argue about politics, but you know that everybody loves each other,” he told The New York Times in 2011.

Robert Gilliland Beckel was born on Nov. 15, 1948, in Greenwich Village in Manhattan. His father, Cambridge Graham Beckel, taught at Queens College and later at a high school in Lyme, Conn., where the family moved when Robert was in middle school. His mother, Ellen (Gilliland) Beckel, was a homemaker.

His parents were both alcoholics, a fact that brought Mr. Beckel great shame but one he discussed freely, especially in light of his own later struggles with substance abuse.

But his father, who worked on the side as a labor organizer and a civil rights activist, also passed on a fierce commitment to progressive ideas, a complicated legacy that Mr. Beckel examined in his memoir “I Should Be Dead: My Life Surviving Politics, TV, and Addiction” (2015).

He graduated in 1970 with a degree in political science from Wagner College, in Staten Island, where he also played football. He served in the Peace Corps in the Philippines between 1971 and 1972, and joined the State Department in 1977.

There, as a deputy assistant secretary, he worked on the Panama Canal Treaty, the SALT II arms control negotiations, and U.S. policy in the Middle East. He left to run the Texas ground operations for Jimmy Carter’s re-election campaign, a losing effort that would nonetheless set him up to run Mr. Mondale’s campaign.

Mr. Beckel was hard working as a pundit. He did whatever producers asked of him, whether substituting for vacationing hosts or jumping into election night coverage.

“It’s a way for me to keep my finger in the socket,” he told The Washington Post in 1991. “I can still get juiced up for the campaigns, but I don’t have to do them. I can go to Iowa and New Hampshire, do my stand-ups and then go to bed.”

He married Leland Ingham, a professional golfer, in 1991; they divorced in 2002. Along with his daughter, he is survived by his son, Alex; his brother, Graham; and his sister, Peggy Proto.

In November 2000 Mr. Beckel undertook an effort to see whether electors in Florida could be persuaded to switch their votes from George W. Bush to Al Gore. When The Wall Street Journal reported on his project, Mr. Gore distanced himself from it, and when Mr. Beckel persisted, two partners at his firm left, forcing him to dissolve it.

Mr. Beckel’s demons occasionally brought him controversy. In early 2001 he got drunk at a bar in Maryland and made a pass at a married woman. Her husband, sitting nearby, pulled out a gun and aimed it at Mr. Beckel’s head; he pulled the trigger and it misfired.

A year later he hired a prostitute who then tried to extort money from him; after he refused and she went public, he was fired from the campaign of Alan Blinken, a Democrat (and uncle of Antony Blinken, the secretary of state) who was running for Senate in Idaho.

Mr. Beckel kept on rolling. With the conservative writer Cal Thomas, he wrote a regular point-counterpoint column for USA Today, debating issues like immigration, the Iraq war and holiday shopping; they later co-wrote “Common Ground: How to Stop the Partisan War That Is Destroying America” (2008).

But his real love was television.

“I can write a good solid column about a presidential campaign in the L.A. Times and nobody will pay a hell of a lot of attention,” he told The Washington Post. “I get on ‘Crossfire’ and people seem to think that’s more important.”