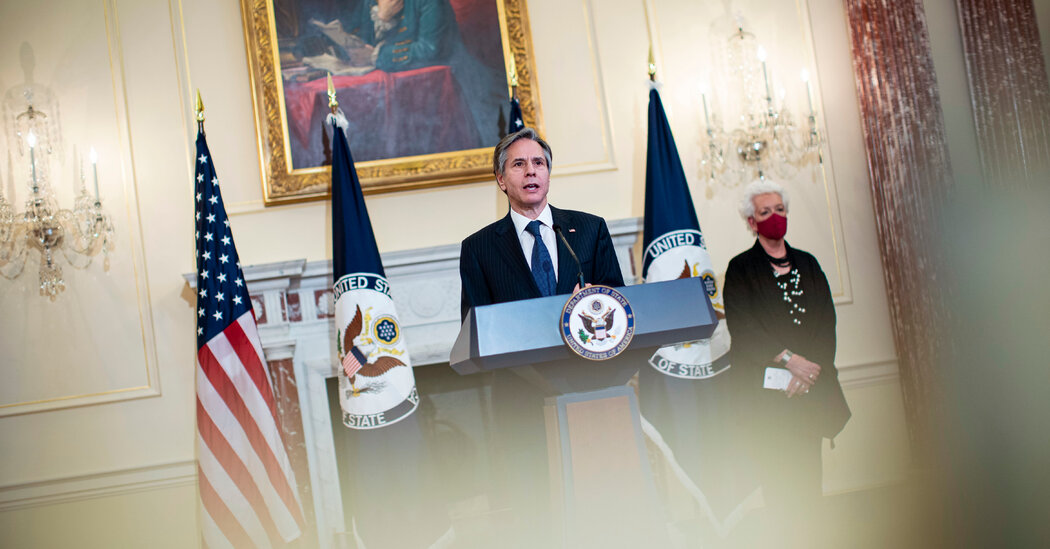 Secretary of State Antony J. Blinken on Thursday addressed the State Department’s failure to protect refugees fleeing the Holocaust, relating the atrocities to the recent rise of anti-Semitism, violence against Asian-Americans, and other human rights crises around the world.

Mr. Blinken, speaking virtually at an event hosted by the United States Holocaust Memorial Museum in Washington, singled out Breckinridge Long, an assistant secretary of state during World War II, for blocking the processing of refugees for all but a “tiny fraction” of applicants, and lying to Congress about the severity of the Holocaust “as thousands of Jews were murdered every day.”

“He had immense power to help those being persecuted,” Mr. Blinken said of Long. “Yet as the Nazis began to systematically round up and execute Jews, Long made it harder and harder for Jews to be granted refuge in the United States.”

“We live in a time where anti-Semitism is on the rise again in America and around the world,” Mr. Blinken said.

“As always, hatred of the Jews tends to go hand in hand with hatred of others,” he added. “When hateful ideology rises, violence is never far behind, as recent attacks on Asian-Americans have illustrated.” He also spoke of “people imprisoned in modern day internment camps because of what they worship or believe, or tortured for speaking up against tyranny.”

The impact of the Holocaust is personal for Mr. Blinken. His stepfather, Samuel Pisar, was a survivor of the Nazi death camps of Majdanek, Auschwitz and Dachau, and was liberated by American troops near the end of the war.

His stepfather’s experiences have influenced Mr. Blinken’s interventionist streak in foreign policy. In a press briefing after the speech, Ned Price, a State Department spokesman, said that Mr. Blinken was driven by his personal connection to the tragedy of the Holocaust.

“It is precisely why he has spoken so passionately about human rights violations, abuses, atrocities that are taking place around the world,” Mr. Price said.