Blackstone has paid ¥242bn ($2.3bn) to buy Takeda Consumer Healthcare in what the US private equity group hopes will spur a series of similar asset sales, ultimately creating a Japanese national champion in over-the-counter medicines.

The purchase of TCHC will give Blackstone control over the Alinamin range of vitamin supplements and Benza Block cold medicine. Critically, said Blackstone, the sale lays down a price marker as Daiichi Sankyo, Eisai and others also consider sales of their OTC businesses.

“Everyone was waiting for Takeda to do this as a benchmark,” said Atsuhiko Sakamoto, senior managing director of Blackstone’s PE business in Japan. He described TCHC as a platform from which to grow by more OTC acquisitions ahead of a stock market listing within the next five years.

But the financing of the deal, which left Blackstone co-ordinating leverage from at least five different banks, points to rising hurdles for both foreign and domestic PE groups as they seek to take advantage of increasing opportunities in Japan as large companies sell off non-core assets.

Until the start of this year, said one banker who has worked on several recent PE transactions, dealmakers could rely on “blank cheques” from Japan’s three megabanks — Mizuho, MUFG and Sumitomo Mitsui. But as bankers have become much more selective about which sector a deal is being done in, PE funds have found themselves soliciting a wider selection of lenders. 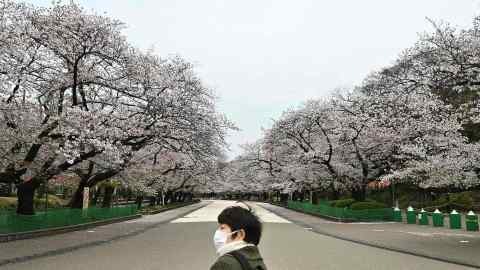 The outcome of the TCHC deal, which has been subject to on-off negotiations since the start of 2020, was also directly affected by the Covid-19 pandemic, said Mr Sakamoto.

Blackstone faced competition for TCHC from other PE companies and the Japanese pharmaceutical group Taisho, but global travel bans left a number of potential trade buyers in Europe and the US unable to send large teams to Japan to perform due diligence.

Takeda, according to people involved in the deal, was eager to complete the sale of its OTC subsidiary by the end of the year as the company reorganises its portfolio and jettisons non-core businesses. Takeda’s recent asset sales have been aimed at cutting its debt after it paid ¥6.2tn to acquire Shire in early 2019. That acquisition — the largest ever cross border deal by a Japanese company — has refined Takeda’s focus on areas including rare diseases, oncology and neuroscience.

Blackstone believes that Takeda has underinvested in TCHC in recent years, putting its market share at risk. Mr Sakamoto’s plans include focusing on building its business in Taiwan, where its products are popular, and working alongside state-owned conglomerate China Resources to grow in the world’s second-biggest economy.