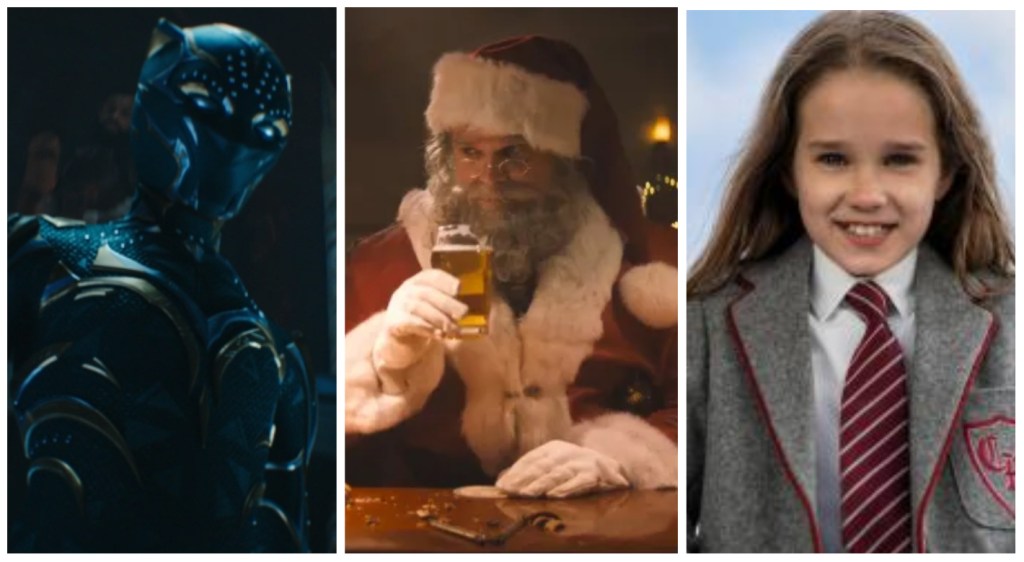 Akin to domestic, it was a rather sleepy weekend at the international box office. Disney/Marvel’s Black Panther: Wakanda Forever again won the frame, with $20.2M from 50 overseas markets for an offshore total of $339.3M and a global tally of $733M through Sunday.

The offshore drop on Wakanda Forever was 39% as it heads to a finish in the $800Ms worldwide. The film still reigns as the No. 1 non-local movie in several markets including France, Germany, the UK, Australia, Korea, Brazil and Mexico and remains the No. 7 biggest global movie of the year. Internationally, it will soon pass Thor: Ragnarok and Spider-Man: Homecoming at today’s rates and excluding China and Russia.

Universal/87 North’s horror action comedy Violent Night, which over-indexed domestically, was new in 72 offshore markets this session (94% of the overseas footprint). It bowed to $7.1M for a $20.4M global debut. The start was above 2021’s Nobody with word of mouth propelling growth.

Nearing $10M in just the UK, TriStar Pictures’ Roald Dahl’s Matilda The Musical continued its strong run at No. 1 for the second weekend in a row. The drop was 34%, to $3.3M and the total is so far $9.7M with strong word of mouth. Netflix has the film in the U.S. and other markets beginning December 25.

In other offshore play, Japan’s One Piece Film Red debuted in China with a 9.3 score on Maoyan and 75M RMB ($10.7M) to lead the weekend as the market sees restrictions ease somewhat. Korea thriller The Night Owl held No. 1 in the home market, now with a cume of $13.3M after two frames.

There’s of course a behemoth in the offing with Disney/20th Century Studios’ Avatar: The Way of Water ahead on December 14 overseas and December 16 domestically; business will remain quiet until then with no new major wide releases.