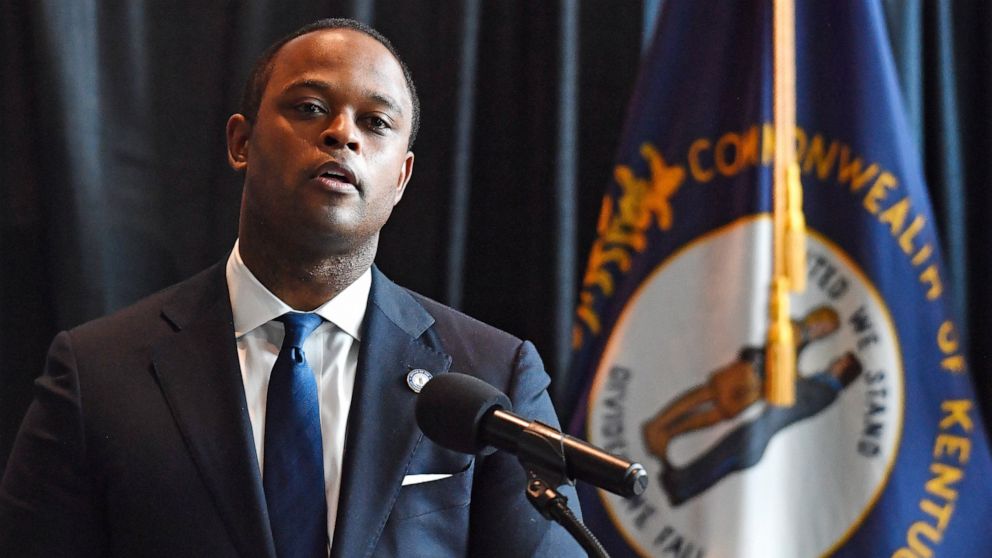 A grand jury indicted fired Officer Brett Hankison on three counts of wanton endangerment for shooting into Taylor’s neighbors’ homes after police entered her house raid on her house on March 13. The FBI is still investigating potential violations of federal law in the case.

Attorney General Daniel Cameron cited his own family in seeking to convey that he understood some people in Louisville and across the country would be angry at the jury’s decision Wednesday.

“I understand that as a Black man, how painful this is … which is why it was so incredibly important to make sure that we did everything we possibly could to uncover every fact,” Cameron told a news conference in the capital of Frankfort.

“My heart breaks for the loss of Miss Taylor,” Cameron said. “And I’ve said that repeatedly. My mother, if something was to happen to me,” he said, pausing as his voice faltered and he held back tears, “would find it very hard. … I’ve seen that pain on Miss (Tamika) Palmer’s face. I’ve seen that pain in the community.”

But Cameron went on to add that, “If we simply act on emotion or outrage, there is no justice.”

Those remarks recalled comments that Cameron, 34, made as a guest speaker at the GOP convention in August when referring to nationwide protests against the police shootings of Black people and for racial equality.

“Even as anarchists mindlessly tear up American cities while attacking police and innocent bystanders, we Republicans do recognize those who work in good faith towards peace, justice, and equality,” Cameron said at the time.

He added that “Republicans will never turn a blind eye to unjust acts, but neither will we accept an all-out assault on Western civilization.”

Some reacted to Cameron’s emotional remarks on Wednesday with anger, and claimed he was putting on an emotional show.

“His statements to me are crocodile tears,” said Davante Lewis, director of public affairs and outreach at the Louisiana Budget Project in Baton Rouge, a nonprofit organization that works with the low-income community and advocates racial equality.

“A Black face in a high place doesn’t mean anything if it’s not about actually fundamentally decolonizing and tearing down the systems of inequality and inequity that have existed in this county since its founding,” Lewis said.

Cameron, who was elected last year, is a rising star in the Republican party. At the convention, he declared himself a “proud Republican and supporter of President Donald J. Trump,” who has placed the attorney general on the short list for a seat on the Supreme Court.

Cameron is also a protege of Senate Majority Leader Mitch McConnell — and tagged by some as his heir apparent in the U.S. Senate.