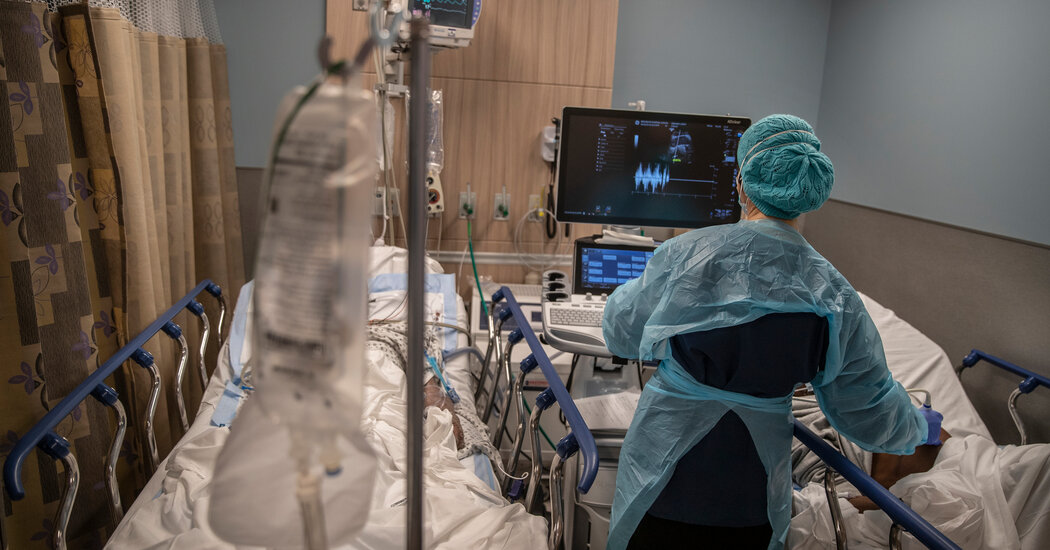 Black adults were hospitalized at nearly four times the rate of white adults in the six weeks after Omicron became the predominant coronavirus variant in the United States, according to a study published by the Centers for Disease Control and Prevention.

The overall rate of hospitalizations associated with the coronavirus over that period — 38.4 per 100,000 adults — was more than double the rate during the previous six months, when the Delta variant had been dominant, the study said.

For non-Hispanic Black adults, the hospitalization rate during the same period was 3.8 times the rate for non-Hispanic white adults. It was also the highest observed rate among “any racial and ethnic group during the pandemic,” the study said.

The study, published Friday, was led by Christopher A. Taylor, a member of the C.D.C.’s Covid-19 Emergency Response Team, and co-written by scientists from universities across the country. It was published in the Morbidity and Mortality Weekly Report, a regular report by the agency on infectious disease in the United States, and it was based on data from 99 counties in 14 states.

When Omicron peaked in January, hospitalization rates among the unvaccinated were four times that of people who had received a primary series of Covid vaccinations, and 12 times the rate among adults who had received additional doses or boosters, the study said.

When coronavirus vaccines first became available, Black Americans were far less likely than white Americans to get vaccinated. A wave of pro-vaccine campaigns and a surge of virus hospitalizations and deaths during the Delta wave that mostly involved the unvaccinated prompted many in the Black community to change their minds, narrowing the gap.

But the gap still existed when Omicron hit. The percentages of Black people in the United States who had received a primary vaccine series by late January was 36.6 percent, and of those, 43.9 percent had received a booster when they became eligible, the study said. For white people, the percentages were 47.3 percent and 54.5 percent.

The causes of hospitalizations among Black adults could include other factors, such as underlying medical conditions or poor access to health care, the study said. Omicron’s heightened transmissibility may have also amplified the risks for hospitalization irrespective of vaccination status, it added. During the Omicron wave, 25.5 percent of Black hospitalized patients had received a primary vaccine series, compared with 14.9 percent during Delta.

“Taken together, these findings suggest that the increased risk for hospitalization among Black adults during the Omicron-predominant period might also be due, in part, to lower proportions of Black adults receiving both the primary vaccination series and booster doses,” the study said.