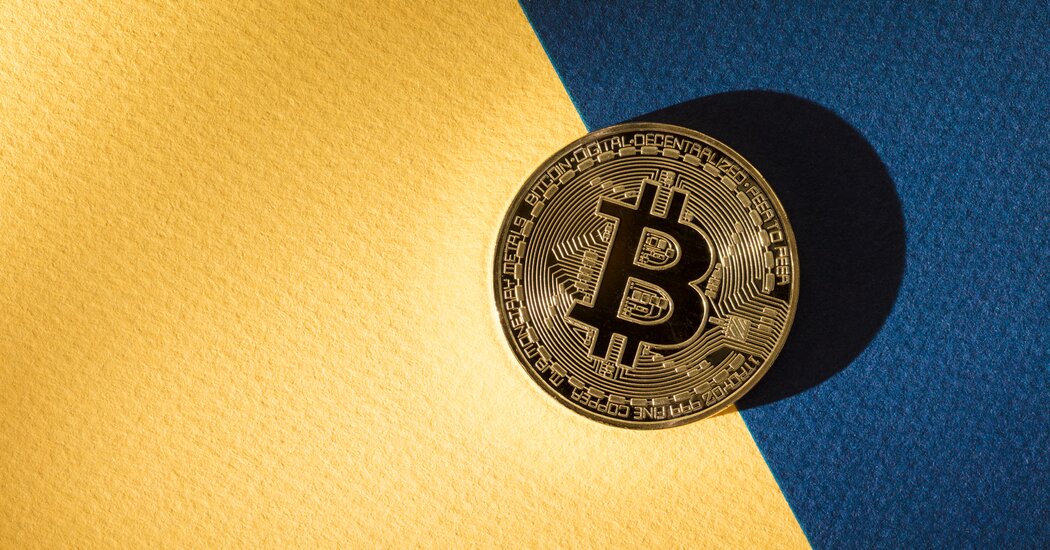 There are other explanations out there, too. Sam Bankman-Fried, the chief executive of crypto exchange FTX, said on Twitter that while he thought Bitcoin would “do better” in a less stable political and economic environment, he guessed that the discrepancy was partially related to the media’s negative coverage of crypto.

“Headlines have been largely negative independent of actual content the last month in a reaction to statements from the industry, which I think has posed significant headwinds,” he wrote.

But perhaps the most interesting view of crypto’s usefulness during unstable times comes straight from Ukraine’s government.

On Tuesday, I posed a question about crypto to Alex Bornyakov, Ukraine’s deputy minister of digital transformation. Since the Russian invasion, Mr. Bornyakov and his team — led by the country’s digital minister, Mykhailo Fedorov — have been working around the clock to coordinate crypto donations for Ukraine’s army. Tens of millions of dollars’ worth of Bitcoin, Ether and other cryptocurrencies have been sent to these addresses, and the money has been used to buy military supplies, including bulletproof vests and night-vision goggles.

Mr. Bornyakov, who was speaking from an undisclosed location in Ukraine on a video conference hosted by the artificial intelligence company Collective[i], said that one advantage of using crypto to raise money was how quickly the funds could be disbursed.

“In a situation like this, where the national bank is not fully operating, crypto is helping to perform fast transfers, to make it very quick and get results almost immediately,” he said.

But Mr. Bornyakov seemed wary of overstating crypto’s importance to the Ukrainian cause.

“I don’t think crypto is playing a major part,” Mr. Bornyakov said. “But its role is essential in this conflict in terms of helping our army.”