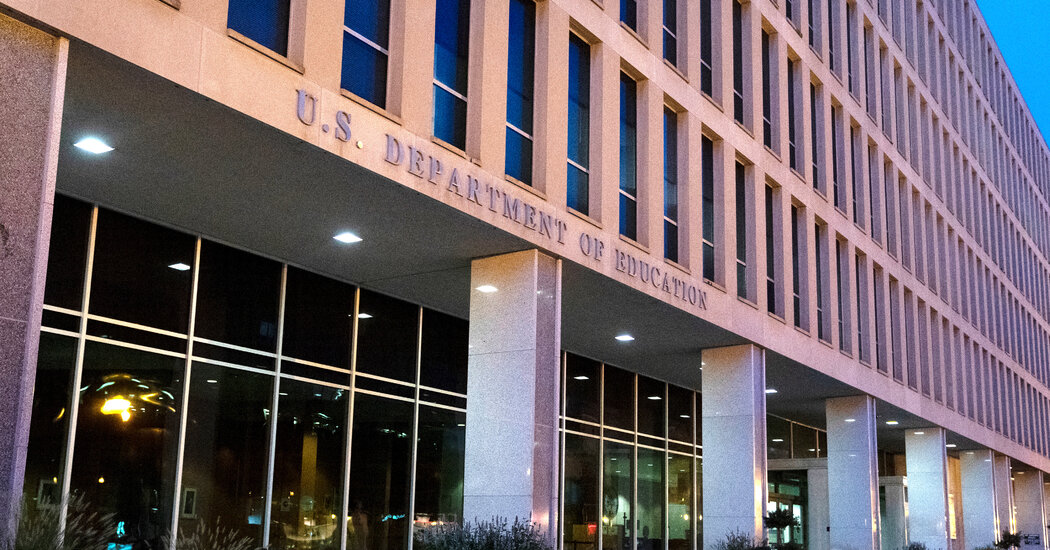 The Biden administration’s Education Department is moving to cut ties with an organization that was thrown a life raft under the Trump administration even though it was at the center of an enormous fraud scandal related to for-profit colleges.

The department said late Friday that it recommended terminating federal recognition of the Accrediting Council for Independent Colleges and Schools, or Acics. The organization is infamous for having overseen the collapse of two for-profit university chains, Corinthian Colleges and ITT Tech, whose bankruptcies left tens of thousands of students with worthless degrees and mountains of debt.

The decision to end the group’s federal recognition would be made by the National Advisory Committee on Institutional Quality and Integrity, an independent panel that advises the secretary of education.

The Obama administration stripped Acics of its accrediting powers in December 2016, saying it had allowed the chains to employ predatory recruitment practices and encourage students to take on debt based on false promises — including the claim that they would be guaranteed jobs after graduation.

Former President Donald J. Trump’s education secretary, Betsy DeVos, reinstated Acics in 2018, citing a federal court’s opinion that found the Obama administration had not allowed it to properly defend itself. Ms. DeVos did so over the objections of her own staff, who issued a 244-page report detailing how the accrediting body had failed to meet dozens of federal standards.

The reinstatement allowed Acics to keep operating as a watchdog for the Education Department and a gatekeeper of billions in federal financial aid dollars. At the time, the group said that it had made drastic improvements to its operations.

Career staffers at the department who have monitored the group’s compliance since then disagree.

The department’s announcement on Friday said that Acics had “failed to demonstrate that it has competent and knowledgeable individuals” who were trained in the agency’s own “standards, policies and procedures.”