Biden won’t say whether he would consider adding seats to the Supreme Court. 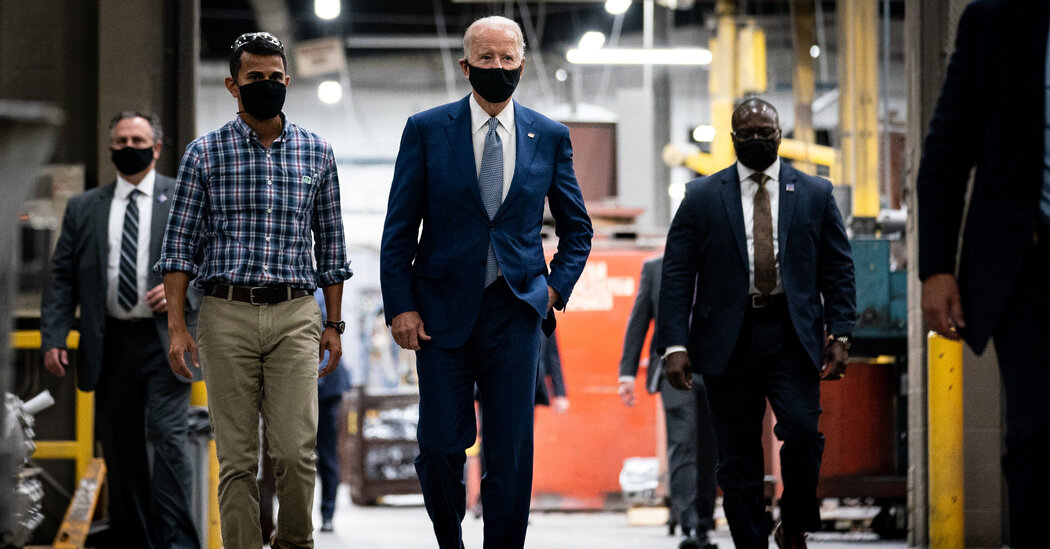 Joseph R. Biden Jr. declined on Monday to say whether he would consider adding seats to the Supreme Court, sidestepping an idea being pushed by some progressives after the death of Justice Ruth Bader Ginsburg.

In an interview on Monday with WBAY, a Wisconsin television station, Mr. Biden was asked if he would consider adding justices to the court if President Trump succeeded in appointing a successor to Justice Ginsburg, Mr. Biden won the election and Democrats won the Senate.

“It’s a legitimate question, but let me tell you why I’m not going answer that question,” responded Mr. Biden, who had previously expressed opposition to expanding the court. “Because it would shift all the focus. That’s what he wants. He never wants to talk about the issue at hand. He always tries to change the subject.”

Instead, Mr. Biden said, “the discussion should be about why he is moving in a direction that’s totally inconsistent with what the founders wanted.” The former vice president added that filling the seat now, as votes are already being cast, would be a “fundamental breach of constitutional principle.”

In a speech on Sunday, Mr. Biden urged Senate Republicans to “follow your conscience” and refrain from rushing a nominee through the Senate in the final six weeks before the election.

Mr. Biden and other Democrats are facing pressure from some progressives to add seats to the court if Mr. Trump succeeds in installing a nominee and pushing the court’s ideological tilt further to the right.

“We’ll live to rue that day,” he said last year.