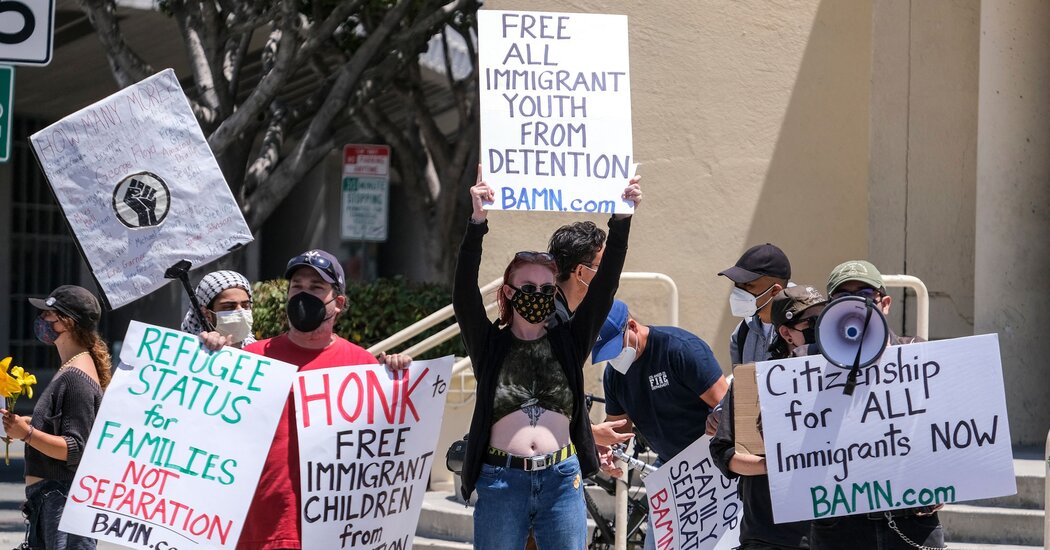 Because of the pandemic, Immigration and Customs Enforcement has used only a fraction of its available beds for immigration detention. There have been public health concerns about spreading the coronavirus in congregate settings, and currently only about 60 percent of the beds the agency is paying for are in use.

The number of undocumented migrants crossing the southwest border has increased sharply during Mr. Biden’s presidency, and his administration has increasingly turned to alternatives to detention, including ankle monitors, a smartphone application with facial recognition technology and phones that undocumented immigrants awaiting court proceedings can use to check in with immigration authorities.

As of Friday, more than 200,000 immigrants were equipped with one of these monitoring devices, according to internal data. That is more than double the number of such devices that Immigration and Customs Enforcement was using a year ago. Congress recently gave the agency more than $440 million for alternatives to detention for the current fiscal year, and the agency is testing a home confinement program that is expected to go nationwide this summer.

Republicans have hammered the Biden administration for releasing so many migrants into the country to await deportation proceedings, a practice referred to derogatively as “catch and release.” The concern has long been that such immigrants will not appear in court and will instead disappear into the country like millions of other undocumented immigrants.

The situation on the southwest border, where about 13,000 undocumented migrants have been apprehended each day in recent weeks, has proved fertile for Republican attacks on the administration. Many Republicans were outraged by the drop in arrests and deportations by Immigration and Customs Enforcement in 2021 compared with the prior year, the details of which were disclosed in a recent report from the agency.

Deportations declined last year partly because officials have been expelling migrants under the public health rule during the pandemic, and those expulsions do not get counted as deportations. But other enforcement actions inside the country declined as well because of revised priorities under Mr. Biden and staffing shortages.

“In a year where there have been record highs of illegal border crossings, we shouldn’t have a record low in arrests and deportations,” Senator Shelley Moore Capito, Republican of West Virginia, wrote on Twitter after the report was released.