Biden Swipes at Trump for ‘Mismanagement’ of the Economy – Business Insider 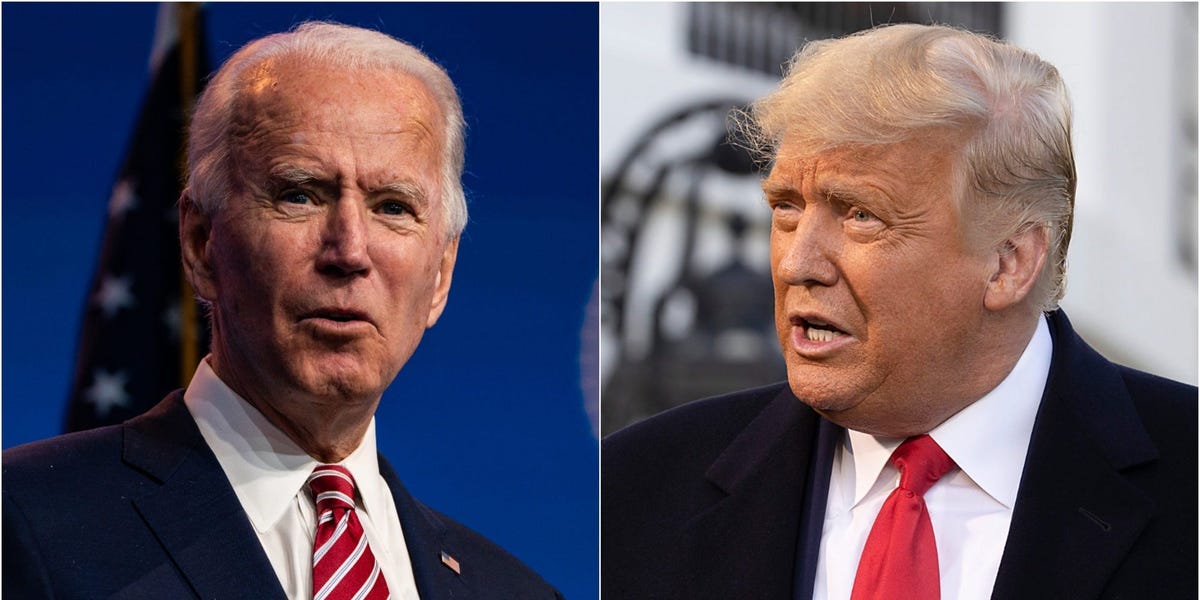 President Joe Biden swiped at his GOP predecessor on Monday, chastising what he viewed as economic “mismanagement” and touting his own ability to rein in federal spending.

“After my predecessor’s fiscal mismanagement, we’re reducing the Trump deficits and getting our fiscal house back in order,” he said in brief remarks at the White House on the President’s annual budget proposal.

He also said the budget deficit, or the gap between what the federal government spends and what it collects in tax revenue, swelled every year under Trump. Those higher deficits were largely the result of the 2017 Republican tax cuts and other agreements to increase both domestic and military spending, as well as a massive upswing in public health and economic support spending in the wake of the COVID-19 pandemic. According to Federal Reserve data, the national debt rose by almost $7.8 trillion during Trump’s time in office.

He added that his administration was “on track” to reduce the deficit by $1.3 trillion. Much of that, however, is largely due to expiring pandemic relief programs from the past two years. The federal government authorized roughly $6 trillion in COVID-19 relief spending, most of which was added to the debt.

Much of his economic messaging seemed aimed to sway Sen. Joe Manchin of West Virginia, a Democratic holdout who sank much of his social and climate plans last year. It amounts to a pivot back to the center from Biden.

Manchin has consistently talked about reducing the national debt as one of his top priorities using the reconciliation process. That’s the legislative tactic that Democrats are employing to sidestep the GOP and send their economic plans to Biden’s desk.

“We have to basically get our financial house in order,” Manchin told Insider in February. “That’s the whole purpose of reconciliation.”