Biden: Supreme Court should not be ‘political football’ 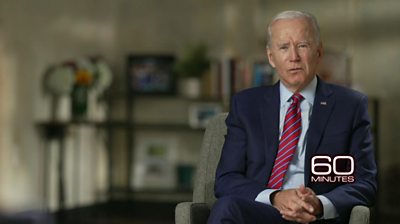 Joe Biden has told CBS 60 Minutes that he will appoint commission to review the US court system.

The former vice-president and current Democratic presidential candidate said that he would put together a bipartisan group of scholars to come up with recommendations.

Mr Biden has come under pressure to explain whether he will engage in “court-packing” – adding more justices to the Supreme Court – after President Donald Trump nominated three conservatives during his term, tilting the balance in their favour.