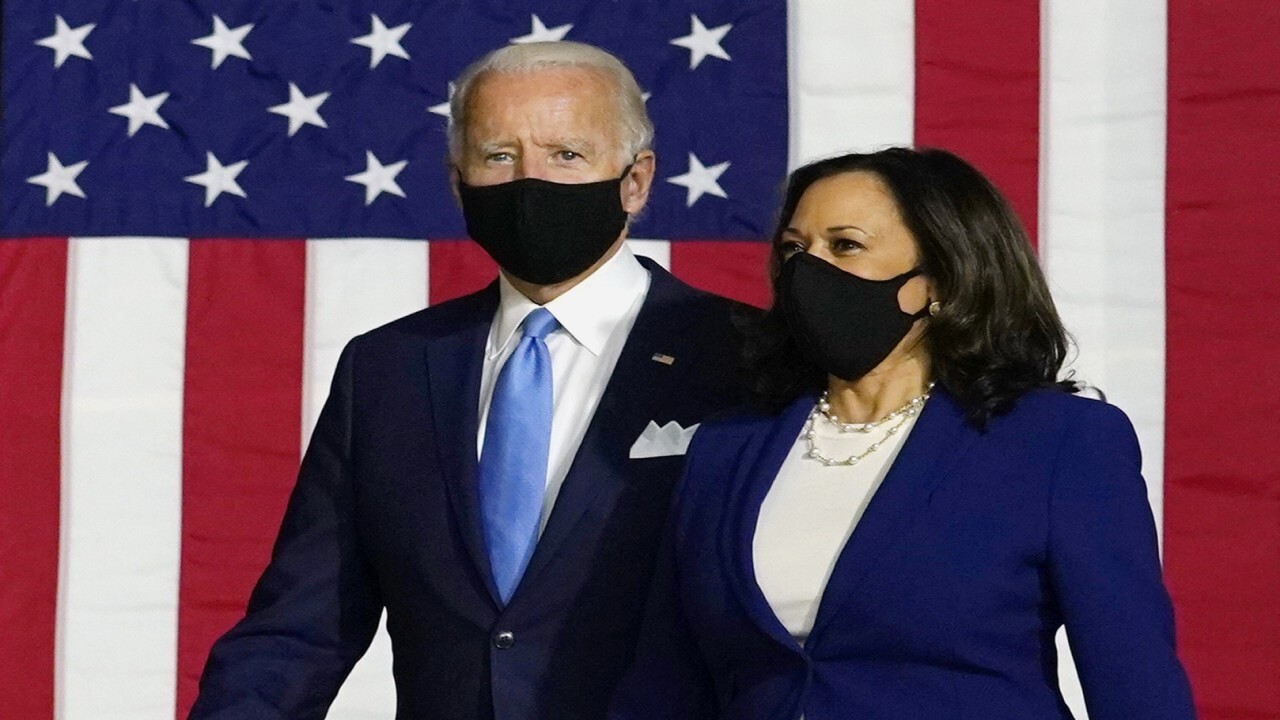 Democratic presidential nominee Joe Biden has two words for President Trump when the current occupant of the White House questions his mental fitness: “Watch me.”

Biden, who sat down for his first interview alongside running mate Sen. Kamala Harris of California, feistily defended his capabilities after months of Trump deriding him over gaffes and verbal screw-ups while on the campaign trail.

“Watch me. Mr. President, watch me. Look at us both. Look at us both, what we say, what we do, what we control, what we know, what kind of shape we’re in,” Biden said, referring to himself and Harris, during an interview on ABC.

The 77-year-old former vice president did admit that he thinks it is a “legitimate question” to ask anyone over 70 if they are up to the demands of being the president, but said he is more than up to the task.

Biden would be 78 on Inauguration Day, which would make him the oldest president ever elected should he win in November. Trump is 74.

Asked about his previous comments that he wants to be a transition president, Biden brushed aside rumors that he would not run for a second term should he win.

“In any state where we have competitive people running for the Senate and the House and the legislature, it’s important the Democratic Party invest there,” Biden told ABC’s David Muir. “So [what] I want to do is make sure when this is over, we have a new Senate, we won back statehouses, we’re in a position where we transition to a period of bringing people up to the visibility that they need to get to be able to lead nationally. And that’s about raising people up. And that’s what I’m about.”

Biden and Harris also addressed the primary debate stage battle they had last summer in which the California senator went after the former vice president’s past statements on working with segregationists and his opposition to federally mandated busing.

THE LATEST FROM FOX NEWS ON THE 2020 PRESIDENTIAL CAMPAIGN

Harris – who said last year that it was “hurtful” to hear Biden’s comments on working with segregationists and his opposition to bussing – called revisiting their past battle “a distraction.”

The Democratic ticket put on a united front in the interview, with Biden praising Harris’ work in the Senate and saying he felt that the ticket should resemble the make-up of the United States. He added that Harris “fit the closest and the best,” in comparison to other women under consideration.

“She’s an incredible woman,” he said. “On the Judiciary Committee, which I used to chair for years, I watched her just insist on getting the answers, and not relented until she got the answers,”

He added: “It just seemed to fit.”

Harris – who threw her hat into the ring for the Democratic nomination last year – added that she has no hard feelings about not becoming her party’s choice and that, if she had been, she would have wanted Biden as her vice president.

“Joe Biden is really probably, for me, a model of what makes for a great vice president, and the model for me, if we win, God willing we win this election,” Harris said. “What he did in, in– as a partner to Barack Obama, what he did in terms of leading on very significant issues in support of Barack Obama, is really inspirational for me as a model of how I intend to do the job.”

The good feelings, however, did not carry over to Trump, who Biden continued to criticize for his response to the novel coronavirus pandemic. Biden has been severely critical of Trump and has blamed him for the thousands of people who have died from the contagion.

As of Sunday, more than 176,000 Americans have died from the virus and over 5.6 million people have had confirmed cases of COVID-19, according to Johns Hopkins University.

“I don’t blame him for the COVID crisis. I blame him for walking away and not dealing with the solutions. The idea of saying that this is going to go away, this miracle’s going to happen,” Biden said.

“I can tell you what Columbia University Medical School said. It said that had he acted just one week earlier, he would have saved over 37,000 lives,” Biden said. “Two weeks earlier, over 50,000 people…This is about telling the American people the truth, letting the scientists speak, listening to the science… and stepping out of the way.”

Biden was also asked about his lack of time on the campaign and if it’s possible to win the election without going out on the stump. Trump, who has repeatedly mocked Biden for staying in his Delaware home, spent much of last week on the road at campaign events in Wisconsin, Minnesota, Arizona and Pennsylvania.

Biden, however, seemed confident that his strategy is working, responding “we will” when asked by Muir if the Democratic ticket can win the general election from home.

“We will,” Biden said. “We’re going to follow the science, what the scientists tell us. We’ve been able to travel places when we’ve been able to do it in a way that we don’t cause the congregation of large numbers of people.”

Biden leads Trump by 7.6 percentage points according to the RealClearPolitics average.