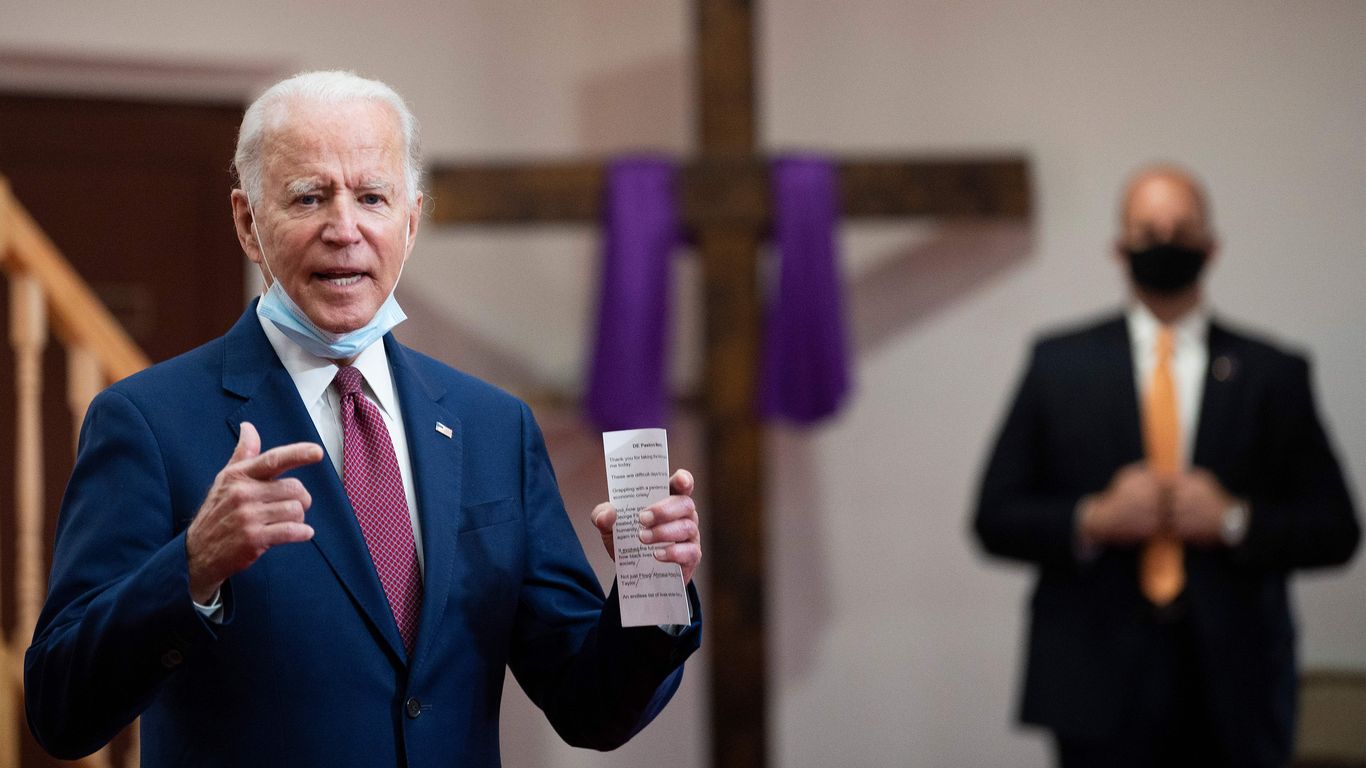 President Biden issued a proclamation to commemorate the 100th anniversary of the Tulsa Race Massacre and declared Monday to be a “Day of Remembrance.”

Driving the news: Biden said he wanted Americans to reflect on “this solemn centennial” the “deep roots of racial terror in our nation and recommit to the work of rooting out systemic racism across our country.”

A tweet previously embedded here has been deleted or was tweeted from an account that has been suspended or deleted.

What else he’s saying: Biden said with the proclamation, he was committing to the descendants and survivors of the rampage by white supremacists, who killed as many as 300 Black Americans in the-then thriving Black neighborhood of Greenwood, and that “this Nation that we will never forget.”