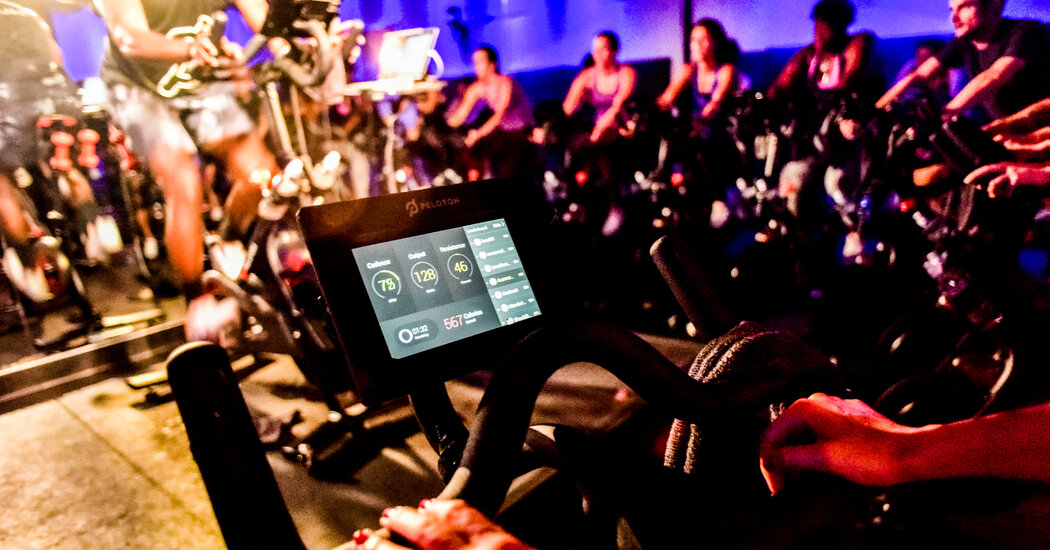 Peloton was popular before the pandemic with a wealthy subset of home exercisers, but with the quarantine, it has become something of a phenomenon in a certain socioeconomic bracket. There are Peloton message boards (“Joe Biden has a Peloton,” Peloton Forum reported this week), and the company’s celebrity instructors have huge followings on Facebook and Instagram.

But Peloton does not exactly comport with Mr. Biden’s “regular guy from Scranton” political persona. The company was widely mocked before the pandemic for an advertisement in which an already trim young woman went into a panic about not fulfilling her husband’s body expectations after he gave her a Peloton for Christmas. Its ads featuring stationary bikes in lavish settings are the butt of class-conscious social media jokes.

The company, which did not respond to a request for comment, has also been accused of catering too much to white people. In an opinion piece for NBC News in May, the writer David Kaufman, who is Black, said Peloton needs “a racial rethink,” adding, “My most segregated hours feel like the hours I spend each week on my Peloton.”

Peloton lovers are undeterred and convinced that Mr. Biden would never part with his bike.

“Nobody who’s committed to Peloton would move and not take their Peloton with them,” said Larry Appel, a retired executive in Greensboro, N.C.

To make the bike White House friendly, the camera and the microphone in the tablet would have to be removed, said Richard H. Ledgett Jr., a former deputy director of the National Security Agency. He would advise Mr. Biden to pick a nondescript user name and change it every month, and keep the bike far from any place where there might be sensitive conversations.

“If he’s the kind of guy who pedals and talks to people, that could be problematic,” said Mr. Ledgett, who confesses to being “a Peloton user myself.”

Being president is stressful, and most in recent years have had exercise routines. Bill Clinton jogged. George W. Bush ran until his knees gave out, and then turned to other forms of exercise, including mountain-biking at his ranch in Crawford, Texas. Mr. Obama played basketball. Mr. Trump sticks to golf.