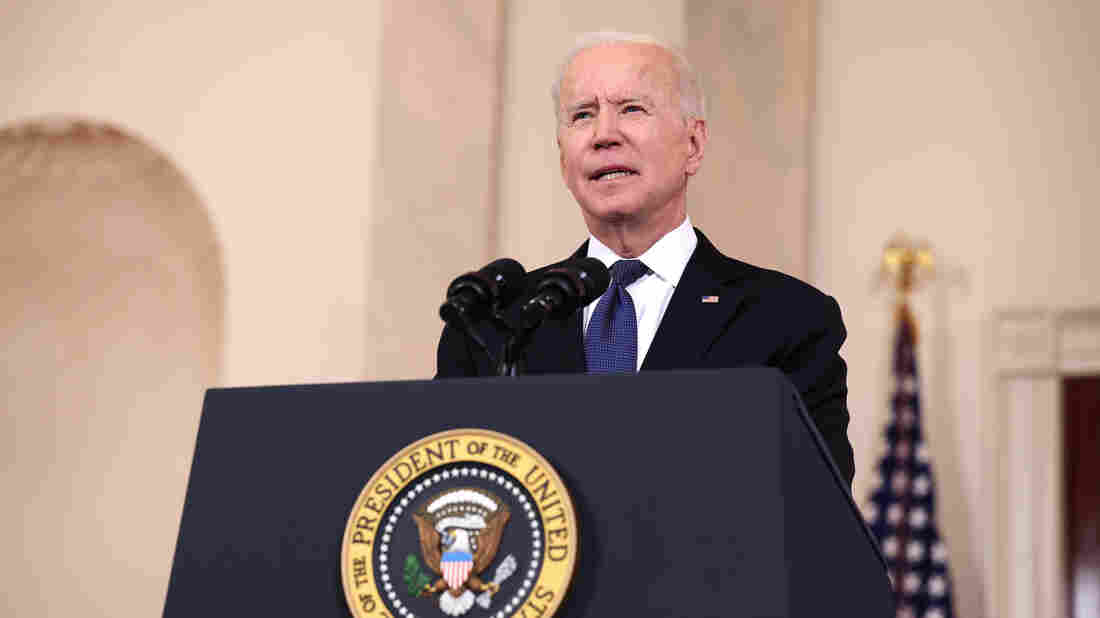 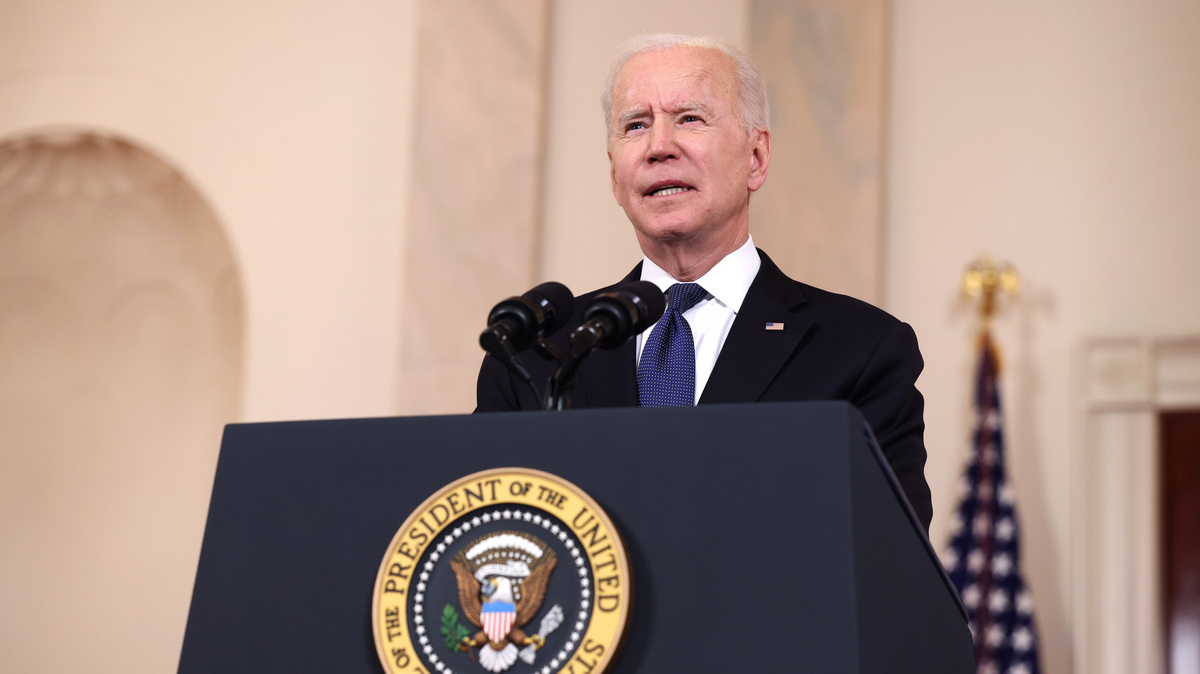 President Biden has offered to lower his infrastructure and jobs spending ask by $550 billion.

In what appears to be a mostly symbolic step toward finding common ground with Senate Republicans, the Biden administration has lowered its spending proposal on its infrastructure and jobs proposal, from more than $2 trillion to $1.7 trillion.

The latest figure — announced by White House press secretary Jen Psaki at Friday’s press briefing, and detailed in a memo to West Virginia Sen. Shelley Moore Capito that NPR obtained — is still more than $1 trillion higher than the offer Capito and other Republicans had initially made to the White House.

In fact, the $550 billion the White House has dropped from its original plan almost totals the $568 billion proposal Capito had presented to Biden last month.

“In our view, this is the art of seeking common ground,” Psaki told reporters.

Kelley Moore, the senator’s communications director, said in a statement that the latest spending target is “well above the range of what can pass Congress with bipartisan support,” and said “vast differences” remain between Biden and Senate Republicans on the scope and size of any legislation.

Capito and other Senate Republicans held a videoconference Friday with Transportation Secretary Pete Buttigieg, Commerce Secretary Gina Raimondo and others.

“Based on today’s meeting, the groups seem further apart after two meetings with White House staff than they were after one meeting with President Biden,” Moore’s statement read.

What’s in the new proposal

The White House is offering to cut its spending request, but is doing so by paring down the cost of its proposals in many of the areas where there is more bipartisan consensus on the need to invest: repairing deficient roads and bridges; strengthening research and development and supply chains; and expanding broadband access.

On broadband, the White House memo notes, “We believe we can still achieve universal access to affordable high-speed internet at your lower funding level, though it will take longer. Any funding agreement would need to be paired with reforms to ensure these investments create good jobs, promote greater competition, and close the digital divide.”

The memo also proposes reducing the scope of a multibillion-dollar effort to speed up and expand private investment in energy infrastructure and manufacturing projects. Environmental advocates see the administration’s strategy of spurring more private funding for clean energy as key to the rapid reduction in greenhouse gas emissions Biden has called for over the coming decade.

In addition to these reductions, the memo urges Republicans to broaden the scope of their proposal to include areas like tax credits for clean energy investments, funding for environmental cleanup efforts and more workforce development training.

Biden met with Capito and other Republican senators earlier this month — part of a series of Oval Office sitdowns with members of both parties aimed at generating momentum for Biden’s infrastructure proposal by the end of May.

Senate Minority Leader Mitch McConnell, R-Ky., has said he doesn’t see Republican lawmakers supporting spending much more than what Capito had initially proposed to Biden. Democrats could try to pass a spending proposal on party lines using Senate reconciliation rules, but several moderate Democrats, like West Virginia Sen. Joe Manchin, have made it clear to the White House they’d prefer a bipartisan plan.

Many progressives are ready to move on from bipartisan talks.

“A smaller infrastructure package means fewer jobs, less justice, less climate action, and less investment in America’s future,” Sen. Ed Markey, D-Mass., said in a statement. “Let’s not waste time trading the necessary scope and scale of this critical infrastructure package for Congressional Republican votes that have yet to and will never materialize.”

Biden and Democratic leaders on Capitol Hill have set a goal of passing infrastructure legislation by the end of the summer.