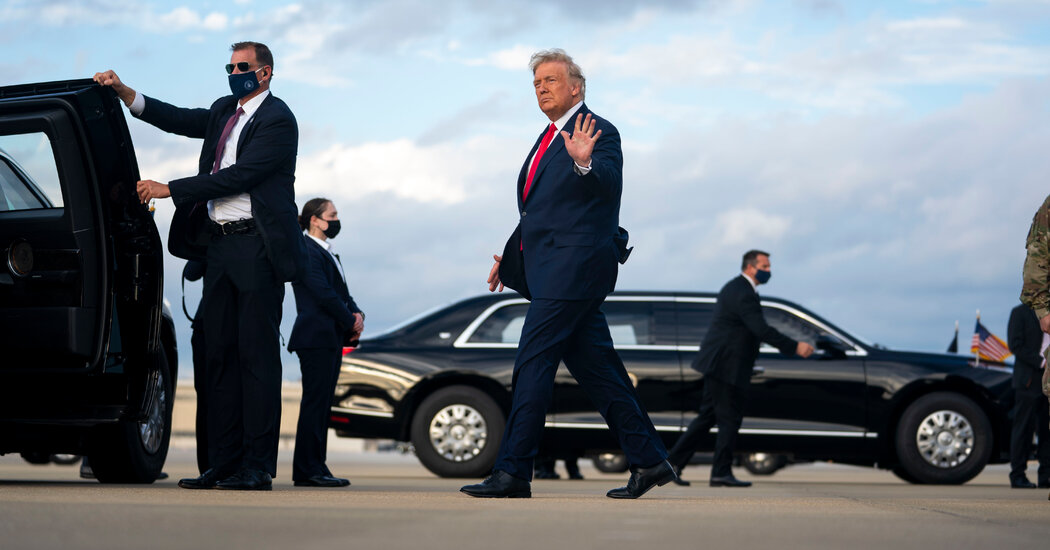 Joseph R. Biden Jr. holds a small but durable lead over President Trump in North Carolina, where 64 percent of likely voters say they have already cast their ballots, according to a New York Times/Siena College poll released on Thursday.

And in a North Carolina race crucial to the control of the Senate, the Democratic challenger, Cal Cunningham, maintains a 46 to 43 percent edge over Senator Thom Tillis, a Republican, despite a late-breaking scandal over romantic texts Mr. Cunningham sent to a woman who is not his wife.

Mr. Biden leads Mr. Trump 48 percent to 45 percent in the survey, which was conducted after the final presidential debate last week. Mr. Trump’s performance received mixed reviews in North Carolina, with voters split nearly evenly on who they thought won.

President Trump made his ninth campaign visit to North Carolina early September on Thursday. His focus on the state suggests that his campaign is worried about losing a battleground the president won by about 3.5 percentage points in 2016.

Mr. Trump abruptly canceled a planned campaign rally in Fayetteville, N.C., on Thursday afternoon, citing high winds. But Air Force One nevertheless flew to Fort Bragg, a military base near Fayetteville, where Mr. Trump met with the Army special operations team that conducted the raid last year that killed Abu Bakr al-Baghdadi, the leader of the Islamic State terror group.

Asked about the canceled rally, Mr. Trump told reporters: “The wind was terrible” and said “we’re redoing it on Monday.”