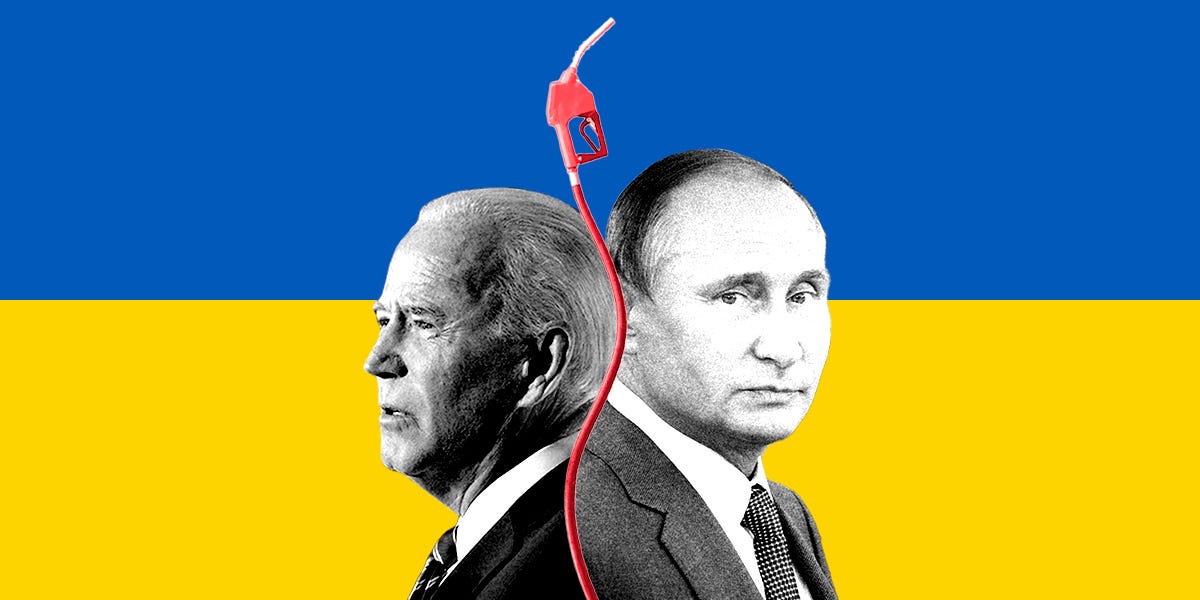 In his State of the Union address, President Joe Biden made it sound as though the US had fired every gun on deck at Russia, at least when it comes to economic sanctions.

The reality is more complicated. It’s true that the Biden administration has levied some harsh sanctions against Russia, while maintaining a united front with European allies who have closer ties to Russia’s economy. That’s no small achievement. America and its allies have frozen assets held by Russia’s central banks, curtailed their global financial transactions, banned Russian flights from European and US airspace, and levied sanctions against assets owned by hundreds of individuals and companies associated with Vladimir Putin’s government, including Putin himself and members of his inner circle. A new Justice Department unit called Task Force KleptoCapture is digging into economic crimes committed by Russian oligarchs, including attempts to evade the new sanctions. And after years of serving as a haven for the oligarchs, the US is finally moving to crack down on the Delaware and Nevada shell companies they use to hide their billions. “Future historians may look at the Russian invasion as the turning point in the broader anti-kleptocracy fight,” says Casey Michel, the author of “American Kleptocracy.”

The crackdown has worked. The value of the ruble has fallen by more than 30 percent, while funds that track the Russian stock market, now closed for its fourth straight day, are down by more than half. “The bargain Putin struck with the Russian people is that they wouldn’t interfere in politics and he wouldn’t interfere in the economy,” a former Treasury official told Insider. “Everything was permissible. You could get obscenely rich. Now there’s a crisis of confidence in the Russian economy. Biden’s team has put a dent in the bargain.”

But at the same time, Biden has yet to deploy one of the biggest weapons he has in the war on Russia’s economy: an embargo on Russian oil and gas. Russia pockets more than $500 million every day from selling its energy resources, money that accounts for roughly half its total exports and half its government’s revenues. Even as Western leaders have condemned Putin’s invasion of Ukraine and vowed to make Russia an international pariah, some of their biggest corporations continue to buy Russian fuel. Even Michael McFaul, the former US ambassador to Russia and one of Putin’s harshest critics, has suggested only that Russian oil be subject to an import tax, not that the US wean itself entirely.

Since the invasion, Biden officials have given various justifications for their reluctance to impose an embargo on Russian oil and gas. They’ve argued that sanctions on energy would help Putin in the short term by raising prices, and that imposing them could push Russia even further into China’s corner. Biden, on the first day of the invasion, was more blunt. After paying homage to America’s commitments to the NATO alliance, he promised to use “every tool at our disposal to protect American families and business from rising prices at the gas pump.”

Energy sanctions, in other words, are the point at which imposing costs on Russia would begin to have immediate consequences at home. With supply chains already stretched thin, cutting off the flow of energy from Russia would likely push up the price of gas, shake up skittish financial markets during a period of rising interest rates and inflation, and hit the wallet of every voter who commutes to school or work. On Wednesday, White House Press Secretary Jen Psaki said that Biden was considering energy sanctions, but added a clear caveat: “We need to weigh what all of the impacts would be.” Including, presumably, the political impacts on this fall’s midterm elections.

Even in the absence of an embargo, the invasion of Ukraine has already hurt Russia’s energy sector. British Petroleum announced it was selling its 20 percent stake in Rosneft, Russia’s state-owned oil company. Shell and Exxon Mobil quickly followed suit, taking steps to exit their own Russian investments. And some major European buyers have reportedly replaced Russian oil and gas with alternatives, forcing Russian exporters to sell at a discount.

An energy embargo is the biggest sanction left in Biden’s arsenal, but it isn’t the only one. Simon Johnson, the former chief economist of the International Monetary Fund, has proposed  additional steps, including so-called “secondary sanctions” on third parties that handle Russian transactions. The IMF could also move to expel Russia, cutting off its access to roughly $20 billion in  reserves called “special drawing rights” that are held by the IMF.

The threat of sanctions didn’t stop Russia from invading Ukraine, and there are legitimate questions as to whether they can make much of a difference now. As with harsh prison sentences, it’s unclear whether sanctions serve as a deterrent or simply inflict punishment. Richard Haass, the president of the Council of Foreign Relations, has been pessimistic about whether sanctions will cause Putin to change course, even as he calls on Biden and NATO to do more. And broad-based sanctions — those that affect the entire economy, as opposed to individuals — tend to hit everyday people the hardest, like the Russians lining up at banks to withdraw hard currency.

But if the goal is to inflict the maximum amount of pain on the Russian economy, one of the strongest remaining ways to do that is to cut off Russia’s income from oil and natural gas. The question is whether Americans and Europeans, who have expressed so much sympathy for Ukraine, are willing to accept economic hardship in their own lives in order to punish Putin for his unprovoked and bloody assault on his neighbors. In the face of possible war crimes and an impending humanitarian catastrophe, it looks like the West may be increasingly willing to make sacrifices on behalf of Ukraine. In recent days, some have begun calling on the Biden administration to wield a bigger stick against Putin — even if it causes economic pain at home.

“Tolerance is changing every day as we see the images and the casualties,” says Johnson, the former IMF economist. “Sanctions were at the limit of European tolerance on Sunday, but I think everyone today is willing to discuss going further.”