Biden has $466 million in the bank and a huge financial edge on Trump. 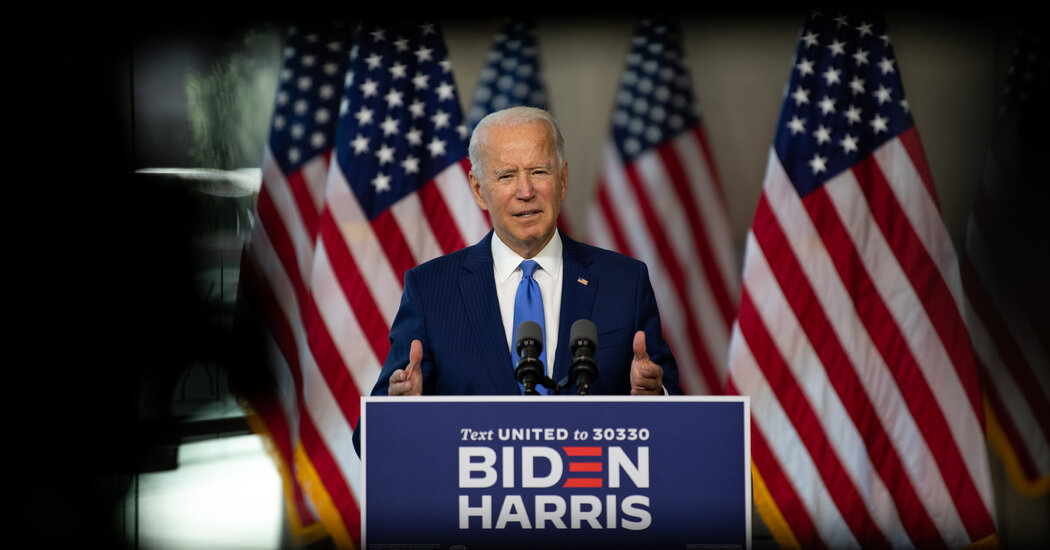 Joseph R. Biden Jr.’s campaign said on Sunday that it entered September with $466 million in the bank together with the Democratic Party, giving Mr. Biden a vast financial advantage of about $141 million over President Trump as they head into the intense final stretch of the campaign.

That gap marks a complete reversal from this spring, when Mr. Biden emerged as the Democratic nominee and was $187 million behind Mr. Trump, who began raising money for his re-election bid shortly after he was inaugurated in 2017.

Mr. Trump dodged a question about the disadvantage during an appearance on “Fox & Friends” early Monday but noted that the death of Justice Ruth Bader Ginsburg, which prompted more than $100 million in contributions to Democratic campaigns over the weekend, was “a big event” for the opposition.

“I could raise so much money if I took one day to make phone calls to rich people, but I don’t like doing that. I never have,” Mr. Trump told the show’s hosts, who repeatedly questioned whether he was taking the gap seriously enough.

The president’s once-formidable financial lead has been erased after slower spending by Mr. Biden’s campaign in the spring, his record-setting fund-raising over the summer — especially after he named Senator Kamala Harris of California as his running mate — and heavy early spending by Mr. Trump’s campaign.

Mr. Trump and his joint operations with the Republican National Committee entered September with $325 million, according to Mr. Trump’s communications director, Tim Murtaugh.

Some Republicans have questioned how a Trump campaign that has raised $1.3 billion since the beginning of 2019 with the Republican National Committee has already spent nearly $1 billion of those funds before the start of voting.

Trump officials have repeatedly pointed to their bigger investment in ground operations that Democrats have forgone during the pandemic, such as door-to-door canvassing, as prudent spending that will provide a benefit as voting begins.

“Our early investment in states is going to move the needle in a way that Joe Biden’s campaign just can’t do, even if they tried starting now,” Bill Stepien, Mr. Trump’s campaign manager, told reporters earlier this month.

An extraordinary influx of cash in August accounts for Mr. Biden’s newfound financial lead, after he and his opponent entered the month nearly neck and neck.

The Biden campaign and his joint operations with the Democratic National Committee raised a record $364.5 million last month — more than any previous candidate has raised in a single month — while Mr. Trump brought in $210 million, their campaigns said.

“We’re going to have the resources, not just to go wide on our map but also to go deep within those states,” said Jennifer O’Malley Dillon, Mr. Biden’s campaign manager, regarding the Electoral College battlegrounds.