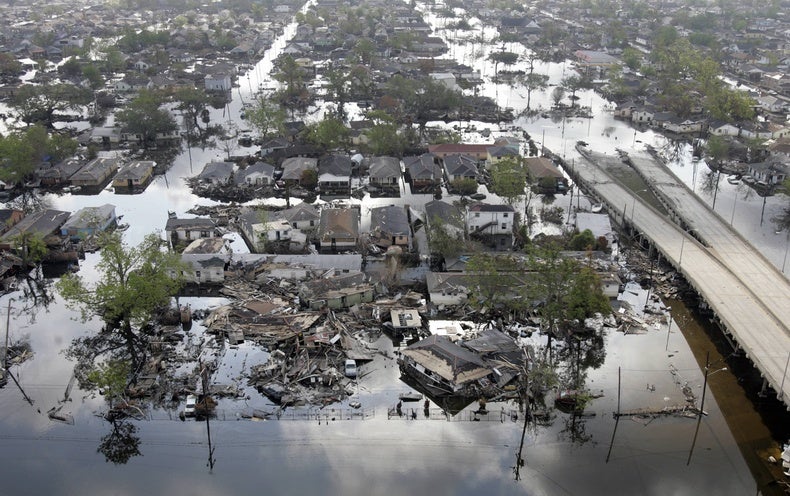 President Biden is proposing an unprecedented program that would provide $358 million next year to help low-income people buy flood insurance and fortify their properties against flood damage.

The program is included in the $6 trillion fiscal 2022 budget that Biden released Friday. It would mark one of the first times the federal government has targeted low-income property owners with flood assistance.

Biden’s plan could address a major problem the United States faces as climate change intensifies flood damage: Millions of people do not have flood insurance and suffer huge financial losses when their homes are flooded. Flood insurance is not included in standard homeowners’ insurance policies and must be bought separately, usually through a program run by the Federal Emergency Management Agency.

“This proposal is expected to increase the number of policy holders and help make obtaining and maintaining flood insurance more affordable for those who qualify” for federal aid, Biden’s budget proposal says.

The plan, called Risk Rating 2.0, is opposed by some members of Congress because it would cause sharp premium increases next year for about 200,000 policyholders and moderate increases for 3.7 million policyholders. Premiums would decrease for 1 million policyholders, many of whom own low-value property and have been paying excessively high rates for years, FEMA says.

Biden’s budget proposals for flooding drew praise from one policy expert who has called for overhauling flood insurance to deter development in flood-prone areas.

“I have long thought this was a sound policy approach for the program: risk-based pricing with means-tested assistance for lower-income households,” said Carolyn Kousky, executive director of the University of Pennsylvania’s Wharton Risk Management and Decision Processes Center.

The pricing structure of Risk Rating 2.0 would “send better signals to markets about risk” while Biden’s aid program for policyholders would “help make sure that everyone can benefit from the financial protection of disaster insurance,” Kousky wrote in an email to E&E News.

“It’s encouraging to see that the Biden administration believes in a robust assistance program,” Menendez spokesman Steve Sandberg wrote in an email to E&E News.

On Friday, as Biden was releasing his budget proposal, Menendez assailed Risk Rating 2.0 in a statement, saying it would “cause an enormous rate shock” that would force some homeowners to sell their homes and “devastate entire neighborhoods.”

An insurance-aid program was first proposed by FEMA in a 2018 report to Congress that found 51% of uninsured homeowners in high-risk flood zones were low income, and that insurance costs may deter them from buying coverage.

FEMA said in a statement to E&E News that it supports “providing assistance for primary residences” where household income makes federal flood insurance “unattainable or difficult to maintain.”

The new, $150 million program would be targeted at flood insurance policyholders who qualify for the insurance aid program.