Biden and Trump campaign in Minnesota, which narrowly went to Clinton in 2016. 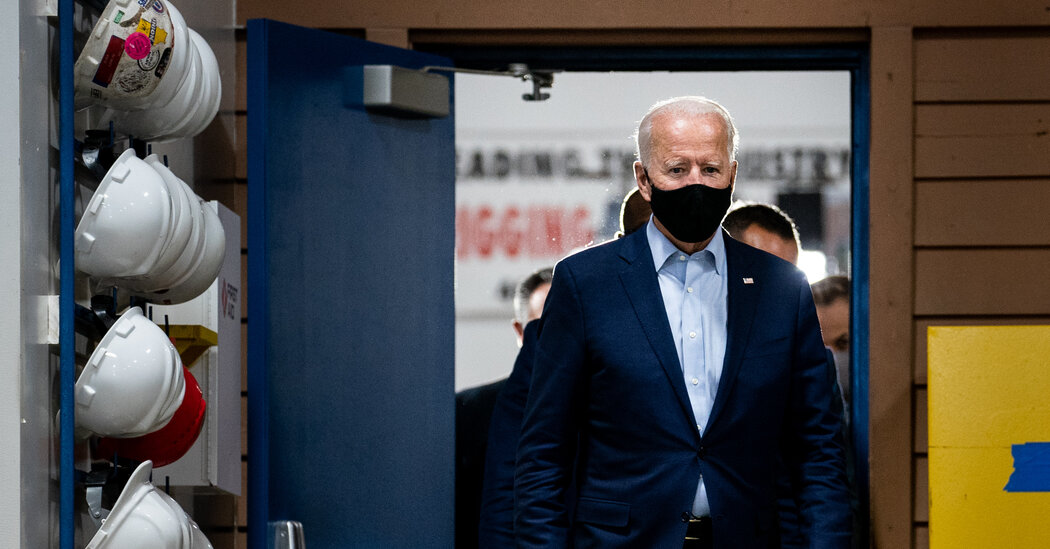 Joseph R. Biden Jr. and President Trump turned their attention on Friday to Minnesota, where victory eluded Mr. Trump four years ago, with dueling events on the first day of in-person early voting in the state.

Mr. Biden traveled to Hermantown, a suburb of Duluth, where he visited a carpenters’ training center. Later Friday, Mr. Trump was scheduled to hold a rally in Bemidji, about 135 miles to the northwest of where Mr. Biden appeared.

In a speech at the training center, Mr. Biden leaned on his middle-class roots and sketched a picture of a Trump presidency where billionaires reaped financial gains and ordinary people struggled as the coronavirus pandemic raged.

“Like a lot of you, I spent a lot of my life with guys like Donald Trump looking down on me, looking down on the people who make a living with their hands,” Mr. Biden said. “People who take care of our kids, clean our streets.”

He added: “These are the guys that always thought they were better than me, better than us, because they had a lot of money. Guys inherit everything they’ve got and still manage to squander it.”

The competing campaign events on Friday came in a state where Mr. Trump is going on the offensive, even as he simultaneously plays defense in a number of critical battlegrounds like neighboring Wisconsin. Mr. Trump lost Minnesota to Hillary Clinton by only 1.5 percentage points in 2016, and the Trump campaign has targeted the state as a pickup opportunity this time around.

But no Republican presidential candidate has won the state since Richard M. Nixon’s re-election in 1972, and Mr. Biden appears to be in a substantially stronger position than Mrs. Clinton was, with time running out for Mr. Trump to improve his fortunes. Mr. Biden held a nine-point lead among likely voters in a poll conducted this month by The New York Times and Siena College.