Biden and Harris will be tested regularly for the coronavirus. 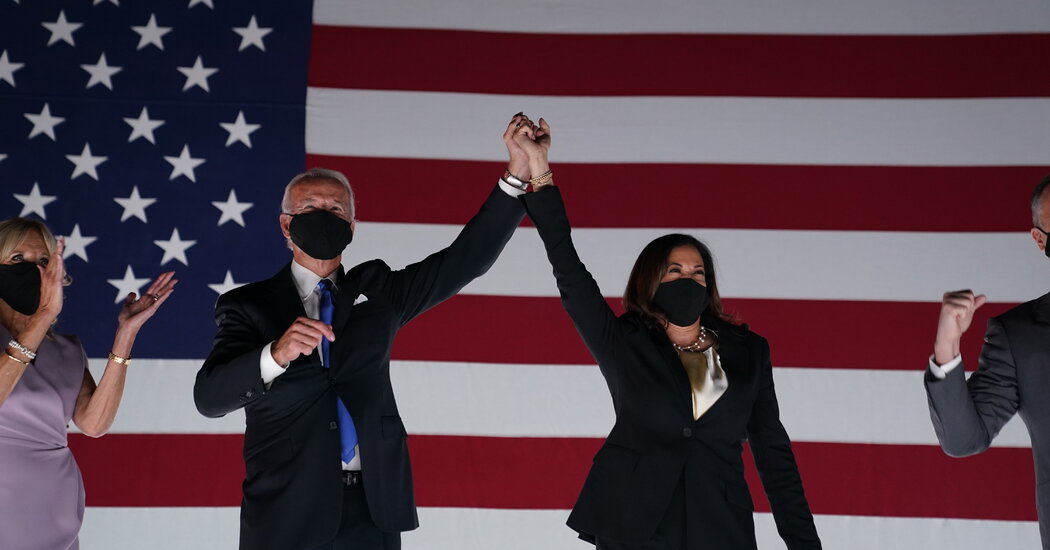 Joseph R. Biden Jr. and Senator Kamala Harris will be tested regularly for the coronavirus as Election Day approaches, the Biden campaign said on Monday, a day after a senior Biden official said Mr. Biden had not yet been tested.

The Biden team said that “with the potential of additional events” over the remainder of the campaign, it had increased its health protocols. Mr. Biden and Ms. Harris will be tested “on a regular basis to help further protect those around them,” the campaign said. The Biden team declined to elaborate on details of those possible events.

Staff members who interact with Mr. Biden and Ms. Harris will also be tested regularly, and the campaign said it would announce publicly if either candidate ever has a confirmed case of Covid-19.

The announcement came a day after Kate Bedingfield, a deputy campaign manager for Mr. Biden, said on ABC’s “This Week” that Mr. Biden had not yet been tested — despite stringent testing protocols for others who attended the speeches Mr. Biden and Ms. Harris delivered in Delaware last week.

Andrew Bates, a campaign spokesman, said on Monday, “This announcement is another step demonstrating Joe Biden and Kamala Harris’s commitment to turn the page on Trump’s catastrophic mismanagement during the worst public health crisis in 100 years.”

President Trump described himself last month as “probably the most tested person in the world,” and said later in the month that he was tested every two or three days on average.