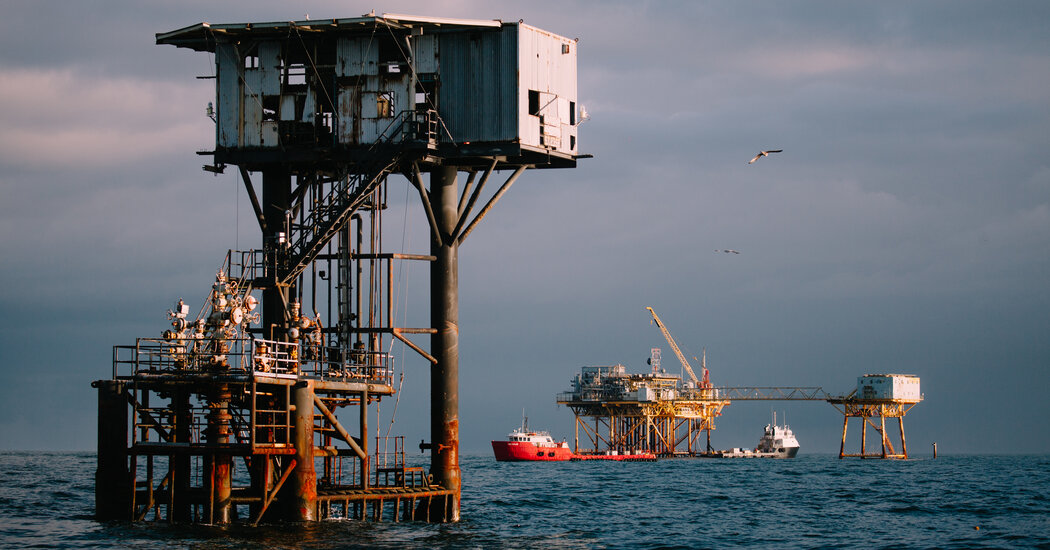 Environmental activists said they were pleased by the pause in new leases and permits but worried that Judge Cain’s ruling would ultimately weaken the administration’s ability to issue aggressive climate policies.

“It’s a mixed bag,” said Brett Hartl, director of government affairs for the nonprofit Center for Biological Diversity. “They will have to issue the leases at some point, and they won’t be able to use the social cost of carbon.”

Judge Cain sided with the Republican attorneys general, arguing that using a social cost of carbon is unconstitutional because Congress never passed legislation authorizing it.

Yet Congress has passed virtually no legislation addressing how an administration should conduct economic analyses, something it has done for decades. In a statement mocked by some legal experts, the judge cited a “separation of powers clause” in the Constitution. There is no such clause.

“That term in the opinion is one of the most embarrassing parts of a highly embarrassing opinion,” said Amit Narang, an expert on federal regulatory issues with the government watchdog group Public Citizen. He called the judge’s opinion “a partisan political hit job dressed up as a legal opinion.”

In the meantime, the decision has put an abrupt stop to the administration’s work. The interagency working group that was updating the social cost of carbon is on hold, according to an email from the Environmental Protection Agency, and the Justice Department warned other policies could also be delayed. An organization opposed to addressing climate change, the Competitive Enterprise Institute, wants the E.P.A. to revoke a new regulation of vehicle tailpipe emissions, arguing that the analysis using the social cost of carbon is now flawed based on Judge Cain’s ruling.