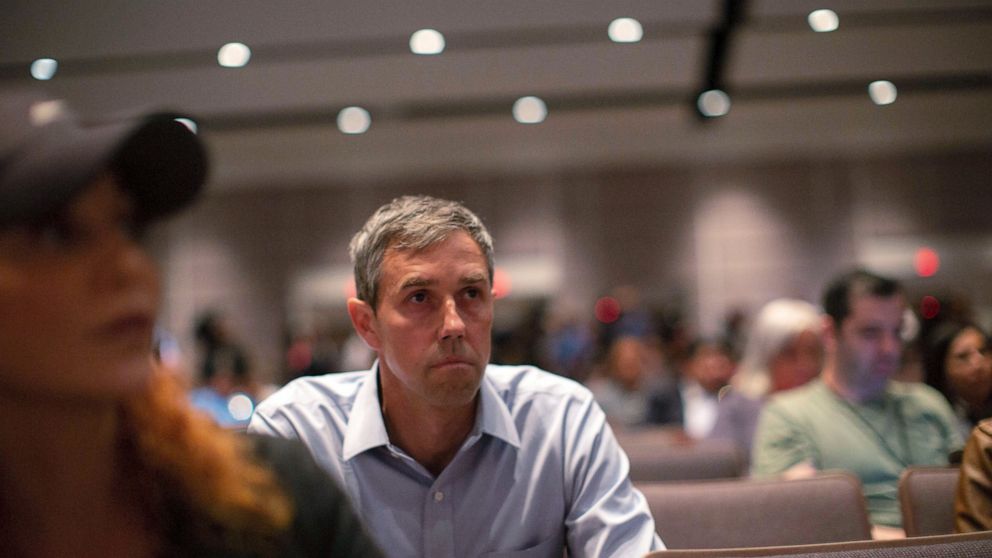 Beto O’Rourke interrupted a press conference Wednesday about the school shooting in Uvalde, Texas, calling the shooting “totally predictable when you choose not to do anything.”

UVALDE, Texas — Beto O’Rourke interrupted a press conference Wednesday about the school shooting in Uvalde, Texas, calling the tragedy “totally predictable when you choose not to do anything.”

O’Rourke was escorted out while members of the crowd yelled at him, with one man shouting profanities at O’Rourke. The Democrat is challenging Gov. Greg Abbott in this year’s election.

Republican Lt. Gov. Dan Patrick said to O’Rourke: “You’re out of line and an embarrassment.”

O’Rourke, as he was being escorted out, turned around, faced the stage, pointed his finger and said: “This is on you until you choose to do something different. This will continue to happen. Somebody needs to stand up for the children of this state or they will continue to be killed just like they were killed in Uvalde yesterday.”

Abbott says the gunman who killed 19 children and two teachers at an elementary school warned on social media minutes before the attack that he was going to shoot up a school. He says the shooter, 18-year-old Salvador Ramos, used an AR-15 in the attack Tuesday at Robb Elementary School in Uvalde.

The news conference was attended by several elected Republican officials.