Barrett, with children in tow, is seen leaving her Indiana home. 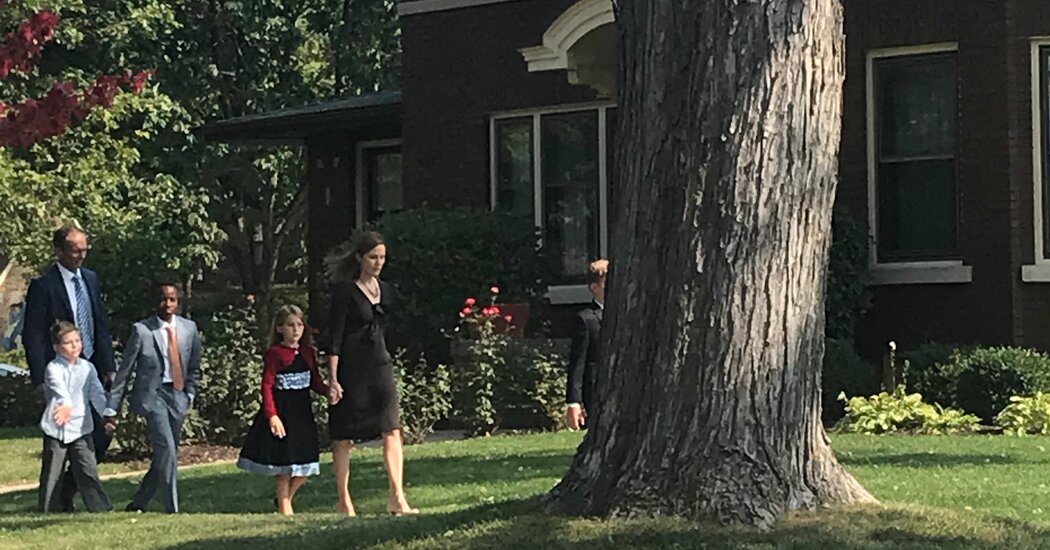 Judge Amy Coney Barrett and members of her family left their home in South Bend, Ind., shortly after noon Eastern time, several hours before President Trump was expected to name her to replace Justice Ruth Bader Ginsburg on the Supreme Court.

Ms. Barrett, her husband and several of their children were photographed leaving the house in dress clothes.

And a Special Air Mission military aircraft landed in South Bend from Maryland, suggesting that the White House had sent a military jet to bring the family to Washington for Mr. Trump’s announcement that will take place in the Rose Garden.

Mr. Trump has told several people that he plans to announce Judge Barrett as his pick for the seat left open when Justice Ginsburg died last week. Among other things, some political advisers believe that Judge Barrett could be helpful in appealing to Catholic voters in Rust Belt states where Mr. Trump is struggling against his opponent, Joseph R. Biden Jr.