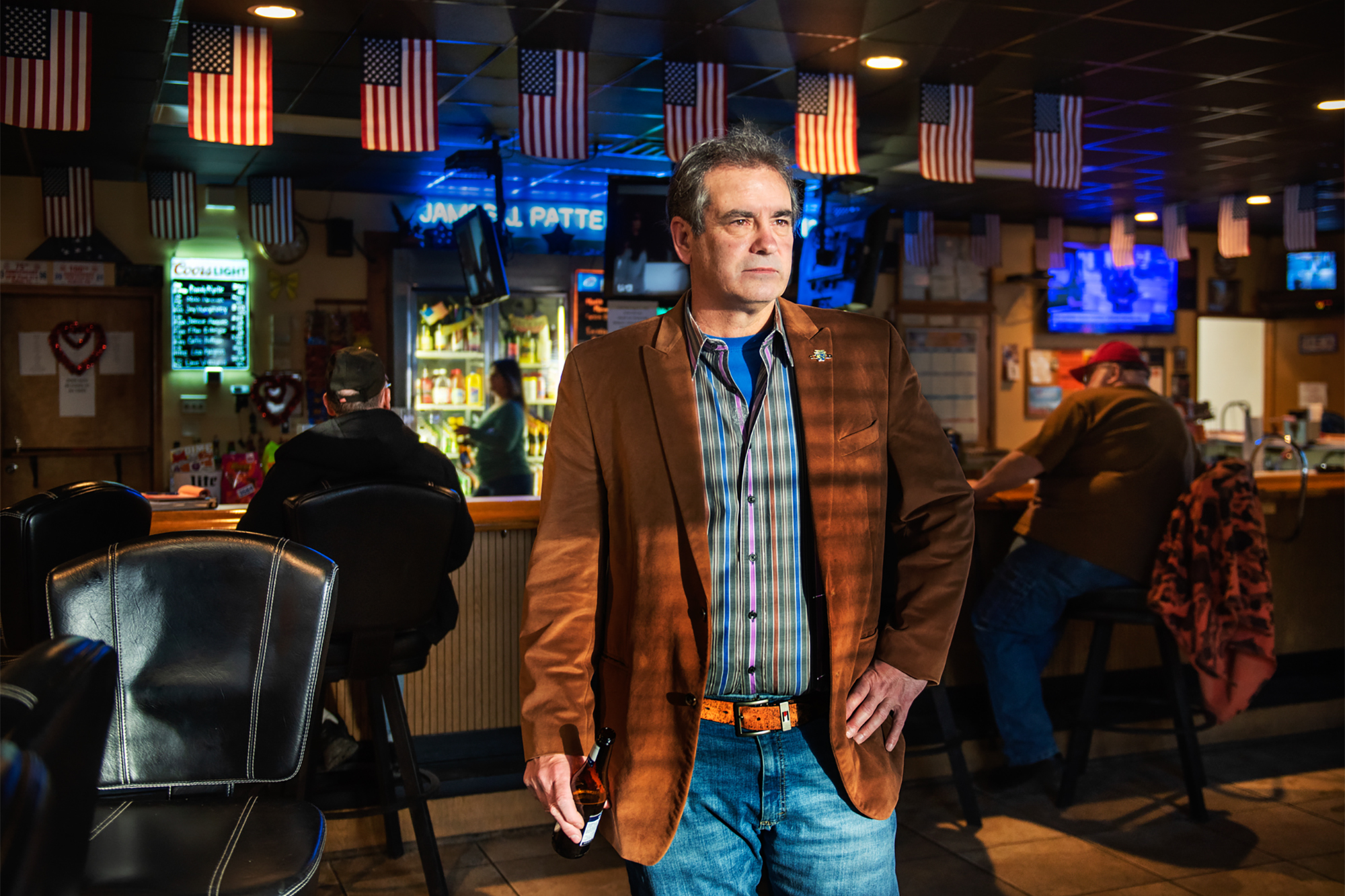 Few people spend more time thinking about the Democratic Party’s fading appeal with rural voters than Theron G. Noble. A local lawyer, “Terry” knows everyone around DuBois and established the state party’s rural caucus in 2015. We met at the American Legion, a log cabin building off a main drive. In the quiet bar that smelled of heavy cigarette smoke, two retirees in “Veteran” caps nursed bottles of Miller Lite.

Two years ago, Biden did slightly better in Clearfield County than Hillary Clinton had in 2016. Both, however, still trailed Obama’s vote count here in 2012, underscoring Democrats’ deepening troubles. In 2008, Obama came within 4,107 votes of McCain in Clearfield County. The last Democrat to win the county was Bill Clinton in 1992.

But Noble is especially exuberant for someone whose duties amount to ensuring Democrats keep Republicans from running up huge margins in rural counties. Biden had just stopped off in Pittsburgh—about a two hours’ drive southwest—and pledged to get out more to sell not only his top-line initiatives but the hundreds of millions of dollars approved for rural family housing costs, protecting manufacturing jobs and upgrading school facilities so they could open.

At a recent meeting hosted by the rural caucus, Noble says the organization hit its all-time high in participants on a call, 107. Candidates like Attorney General Josh Shapiro, who is running for Pennsylvania governor, addressed the party activists. Noble’s caucus also heard from Lt. Gov. John Fetterman and Rep. Conor Lamb, Democratic U.S. Senate candidates who both have made crossover appeal central to their campaigns and political identities.

Noble grudgingly acknowledges that his conversations with Democrats often revolve around preventing blowouts. Pulling on an Amstel Light, he lists off the names and districts of six Democratic state lawmakers who held area seats just over the past 10 to 15 years. Now, there are two. “We had a lot of good union jobs, coal-mining jobs, down in the southern end of the county,” he says. “They all went away, and the jobs went away. We were demonized over that.”

Noble says it’s painful for him to watch candidates for local office who grew up in strong Democratic families switch their party affiliation just to be competitive. Winning federal elections is harder still, and the area’s House members are doing what they need to demonstrate their relevance to constituents. The next morning, a newspaper in the state ran a commentary about Republican congressmen, Glenn “GT” Thompson and Mike Kelly, touting benefits from Biden’s legislative agenda back home after opposing the rescue act. Noble wants Democrats to apply pressure and make Republicans work harder for the margins they enjoy.

“As in any war, we need to move our resources to make them defend their own territory,” Noble says. “I’m tired of playing defense. We got to get on the offense a little bit.”

One thing Noble is adamant about is that Democrats can’t make the midterm elections about Trump, whose grip he’s convinced is slipping. Noble plays on a traveling senior baseball team and spends a lot of time with people who “drove out of the hills to back Trump” in both elections. He doesn’t have hard data, but from his conversations he’s picked up on weakening fervor for the former president, a sense that Trump’s election conspiracies are wearing thin. Rural communities like his, Noble says, have suffered from the GOP’s deliberate campaign to sow distrust between voters and their government and between each other.

“For the better part of two decades now, the Republican Party has been formulating fear and really fear of others,” he says. “We, on the other hand, keep responding with policies and we get into the weeds on arguments. We do not hit back at the visceral level that they’ve been targeting for a long time. It has just really made people into tribes.”

Lately, Noble has settled on an approach he thinks would help drive a wedge through the Trump coalition of Republicans, independents and even the small contingent who remain Democrats. It calls for targeting a sizable chunk of voters—by his estimate there are 15 percent to 17 percent nationally and as many as 22 percent in Pennsylvania who voted for Trump in 2020—and convincing enough of them to lock arms with Democrats to protect American democracy. He’s started to refer to those voters he wants Democrats to focus on—people who feel like the Republican Party has abandoned their values around upholding the Constitution—as the “Bush-Cheney coalition.” It’s a reference to the former vice president who served under both Bushes, as well as Dick Cheney’s daughter, Liz, the Wyoming Republican congresswoman who is calling out the former president’s lies about a stolen election and is serving on the House committee investigating the Jan. 6 insurrection.

“We’ve got to pose the question to them: Are you for democracy or are you not?” he says.

He took me into a darkened room inside the American Legion where military medals hang on a wall. Noble didn’t serve in the armed forces, but he says he was raised to appreciate the sacrifices of past generations. They buried his uncle John in September. He was 100 years old, with German shrapnel still in his body. Noble turns on his phone’s flashlight and points to “Big John’s” Purple Heart from Normandy. Next to it is his late dad’s medal, also from World War II, this one for good conduct. I ask him what drives him politically after so much losing.

“It’s my generation’s obligation to protect and preserve democracy,” he says. “But in this situation, the enemy is not foreign, you know. It is domestic.”

He dimmed the flashlight shining on the medals. “So, that’s what drives me.”