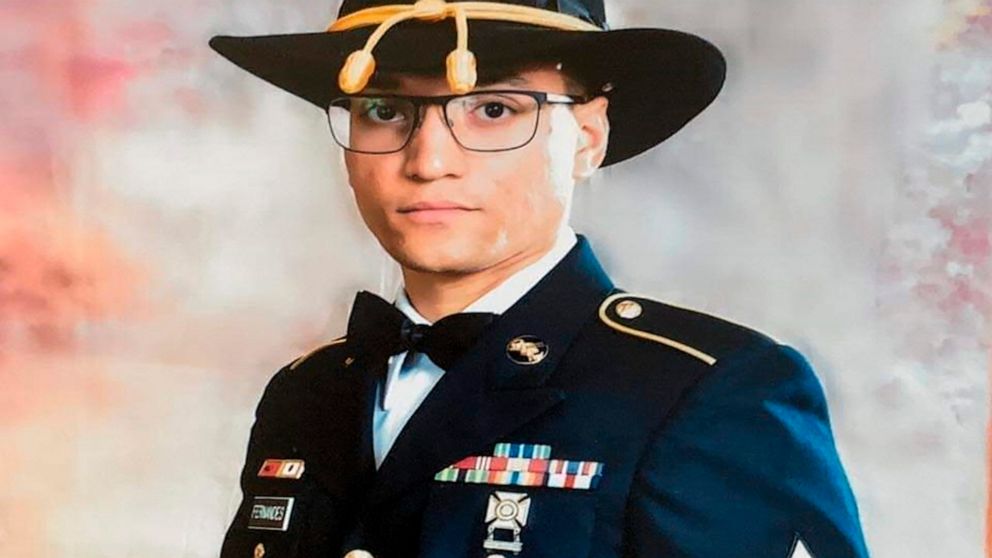 AUSTIN, Texas — Authorities searched Friday in Central Texas for another soldier who has gone missing from Fort Hood, with the man’s family members and the U.S. Army asking the public for help.

Fort Hood and the Killeen Police Department issued alerts Thursday night on the latest missing soldier, Sgt. Elder Fernandes, who was reported missing the day before. Killeen police said Fernandes, 23, was last seen Monday when his staff sergeant dropped Fernandez off at his home in Killeen.

“Help us find him,” said Isabel Fernandes, the aunt of Elder Fernandes, who lives in Massachusetts . “We just want to find him alive soon. He needs to be home with his family.”

Fernandes is the third solider from Fort Hood to go missing in the past year and two have been found dead this summer.

Texas Equusearch, a civilian search and recovery team that was involved in the search for Vanessa Guillen — another Fort Hood solider who was missing until her body was found in July — is helping to look for Fernandes. Their bulletin for Fernandes lists him as missing since Aug. 17.

Natalie Khawam, a lawyer representing the Guillen family, said she will also be representing the Fernandes family. She echoed her calls for a congressional investigation of Fort Hood and said the soldiers at the Texas base and their families deserve to know the truth.

“We must fight for them, like they fight for us,” Khawam said in a statement.

State representative Liz Miranda, D-Massachusets, said on social media that Fernandes’ car had been found with all of his belongings and that he had recently signed a new apartment lease but never picked up the keys.

Fernandes’ disappearance comes a year after the disappearance of Pfc. Gregory Morales, 24, a Fort Hood soldier who was reported missing on Aug. 20, 2019. His remains were found June 21 in a field in Killeen, near Fort Hood. Killeen police and Army officials are still investigating his death and foul play is suspected.

A week later, on July 1, Army officials found more human remains that were subsequently identified as those of 20-year-old Guillén. She had been missing since April 22. Her remains were found near the Leon River in Bell County, about 20 miles (32 kilometers) east of Fort Hood.

Guillen was bludgeoned to death by a fellow soldier who later killed himself after being confronted by police the day Guillén’s remains were found, officials said. A 22-year-old, civilian woman is charged with helping that soldier dispose of Guillen’s body and is awaiting federal trial.

Guillen’s family has said she was sexually harassed by the soldier suspected of killing her, but the Army has noted that there is no evidence supporting the claim. The Army is investigating Guillen’s death and Secretary of the Army Ryan McCarthy ordered an independent review of the command climate at Fort Hood following her slaying.

Members of Congress have joined advocates for women demanding systemic shifts in military culture. Some have invoked the hashtag #NiUnaMas, meaning “not one more woman dead,” a rallying cry in Mexico against the killing of women.

Last month, Guillen’s family met with President Donald Trump to call for justice after rallying with several dozen supporters on Capitol Hill. Trump said it was a “terrible story,” offered to pay for the funeral and helped expedite the process of returning Guillen’s remains to the family for burial.

Army leaders have delayed the planned transfer of Maj. Gen. Scott Efflandt, the Fort Hood commander, to an assignment at Fort Bliss, Texas, while a team of independent investigators determines whether leadership failures contributed to the deaths and disappearances. McCarthy said during a visit to Fort Hood earlier this month that the base has one of the highest rates of murder, sexual assault and harassment in the Army.

Acacia Coronado is a corps member for the Associated Press/Report for America Statehouse News Initiative. Report for America is a nonprofit national service program that places journalists in local newsrooms to report on undercovered issues.