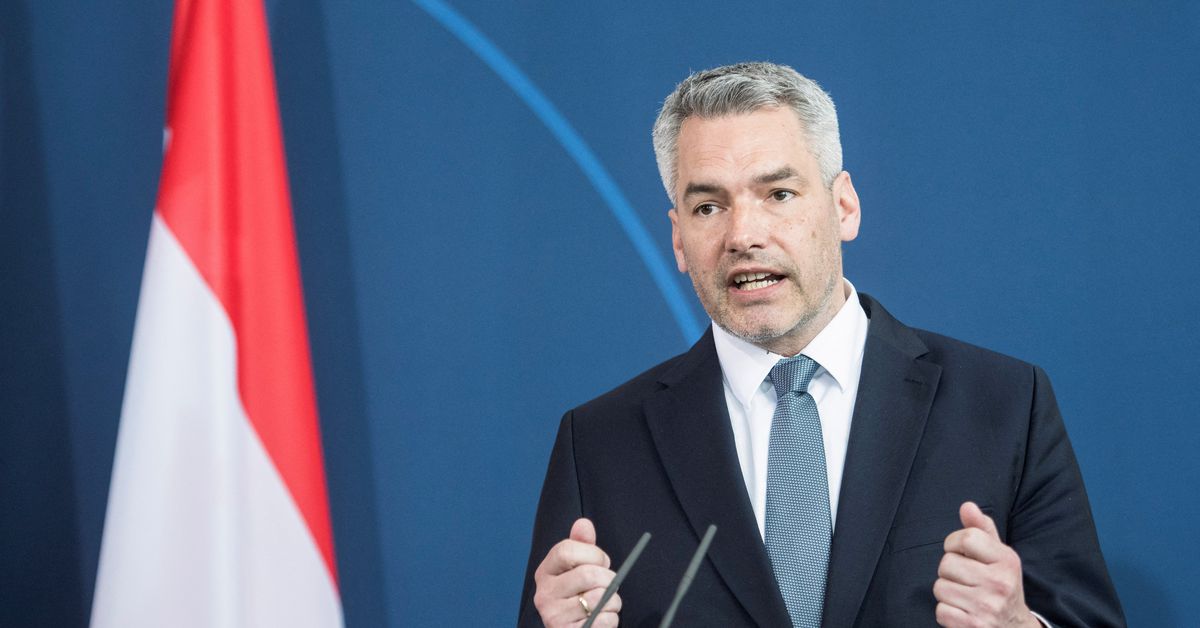 Neutral Austria, which obtains 80% of its natural gas from Russia, generally maintains closer ties to Moscow than much of the European Union but that has not been the case recently.

Nehammer has expressed solidarity with Ukraine and denounced apparent Russian war crimes, while his government has joined other EU countries in expelling Russian diplomats, albeit only a fraction of the large Russian diplomatic presence there.

“This is not a friendly visit,” Nehammer was quoted as saying in a statement issued by his office shortly after the meeting at Putin’s official Novo-Ogaryovo residence outside Moscow. A Nehammer spokesman said the meeting lasted 75 minutes, which is relatively short by Putin’s standards.

Nehammer repeated previous comments that he had hoped to help bring an end to the conflict or improvements for Ukraine’s beleaguered civilian population such as humanitarian corridors. He gave little away about Putin’s response.

“The conversation with President Putin was very direct, open and tough,” Nehammer said in the statement.

Having been visibly moved by telephone conversations with Ukrainian President Volodymyr Zelenskiy, Nehammer visited Ukraine on Saturday to show support for Kyiv. He said he felt meeting Putin was his duty so as to “leave no stone unturned” in seeking an end to the conflict or humanitarian improvements.

“My most important message to Putin was that this war must finally end, because in a war there are only losers on both sides,” he said in the statement.

At a news conference on Monday evening, Nehammer said it was important to tell Putin one-on-one that his views were not shared by other countries and that the longer the war lasted, the tougher Western sanctions against Russia would become.

While German Chancellor Olaf Scholz said he welcomed Nehammer’s meeting with Putin, the reactions at home have included surprise, scepticism and even outright condemnation.

“Let’s hope there is more to the Austrian chancellor #Nehammer’s visit to Putin than has been said and meets the eye. Austria has all too often served the role of Moscow’s useful idiot in the past,” professor of comparative Austrian politics at the University of Salzburg Reinhard Heinisch said on Twitter.

“I cannot condone a visit to Putin,” the Greens’ foreign affairs spokesperson Ewa Ernst-Dziedzic wrote on Twitter. “This has nothing to do with diplomacy. This is also not an agreed roadmap for negotiations. Putin will use this for his propaganda.”