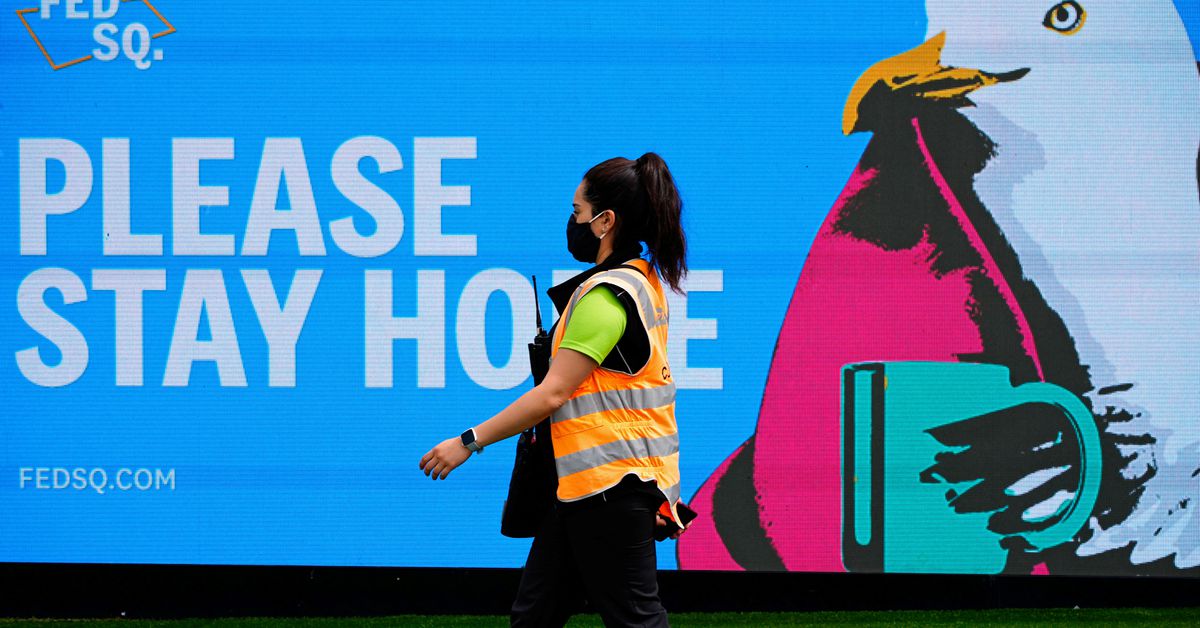 An essential worker walks past a ‘Please Stay Home’ sign on the first day of a five-day lockdown implemented in the state of Victoria in response to a coronavirus disease (COVID-19) outbreak in Melbourne, Australia, February 13, 2021. REUTERS/Sandra Sanders

The Australian state of Victoria said on Wednesday a fresh cluster of COVID-19 cases had grown to 15 in three days and that the next 24 hours were particularly critical as some of those infected had visited crowded venues.

An infected person was among some 23,400 people who attended an Australian Football League match on Sunday and officials have ordered thousands of fans to test and self-isolate.

Pubs, cafes and supermarkets were also among the venues visited.

The state’s acting premier, James Merlino, said he would not rule out further restrictions for the capital Melbourne.

“These cases are linked and that’s a good thing, but we are very concerned by the number and by the kind of exposure sites,” he said.

On Tuesday, masks were made mandatory in restaurants, hotels and other indoor venues in the city of five million until June 4 and limits were placed on the number of people who could attend gatherings.

Of the 15 cases, six were newly reported on Wednesday. Authorities have identified 301 close contacts of the people infected and said that so far 80 have returned negative results.

The cluster has been traced back to an Indian variant of the virus found in an overseas traveller who had completed quarantine, but officials have not worked out how it spread into the wider community.

Australia’s use of swift contact tracing, local shutdowns and tough social distancing rules have helped keep its COVID-19 numbers relatively low compared with other developed countries. It has recorded just over 30,000 cases and 910 deaths since the pandemic began.

A wave of COVID-19 cases hit Victoria late last year resulting in the state accounting for about 70% of total cases and 90% of deaths in Australia. That outbreak was only brought under control after a long and strict lockdown.