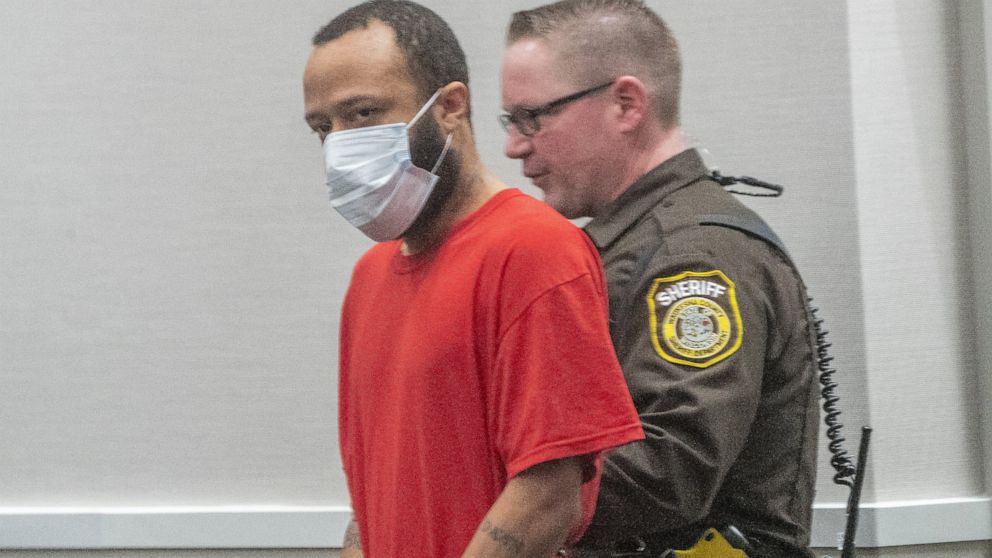 MADISON, Wis. — Attorneys for a man accused of killing six people and injuring dozens more when he allegedly drove his SUV through a Christmas parade in suburban Milwaukee have asked a judge to delay his trial, saying they need months to study hundreds of videos of the incident.

Darrell Brooks Jr. faces more than 80 charges in connection with the incident in Waukesha in November 2021, including six homicide counts. His trial is scheduled to start Oct. 3 and last all month. But his attorneys, Anna Kees and Jeremy Perri, filed a motion with Waukesha County Circuit Judge Jennifer Dorow on Friday seeking to push the proceedings back.

They argue that they need at least six months to study more than 300 videos and recordings of the parade, break down the SUV’s speed throughout the incident and review the police interrogation of Brooks. Prosecutors also haven’t turned over all their evidence to the defense team yet, they contend. Dorow scheduled a hearing on the request for Monday afternoon.

“The scale of this case is uniquely large and complex, considering the number of allegations and the volume of discovery,” Kees and Perri wrote in their motion. They added that “the inability or failure to provide sufficient time for counsel to properly prepare for the trial” could infringe on his constitutional rights.

The motion doesn’t suggest a new start date. Prosecutors have said they wouldn’t be available in November or December, which would mean any delay would mean a 2023 start date.

Brooks drove his SUV into the parade on Nov. 21, running people down and ignoring police commands to stop, according to the criminal complaint. Any potential motive remains unclear. Kees said at a hearing Tuesday that the defense team is considering all possible strategies, including a plea of guilty by reason of insanity.

Kees and Perri have filed another motion seeking to either move the trial out of Waukesha County or bring in a jury from another county. They argue publicity surrounding the case has been so overwhelmingly negative that Brooks can’t get a fair trial in Waukesha.

Dorow and attorneys from both sides worked last week to prepare a questionnaire for potential jurors to gauge whether they’ve formed any biases from media coverage of the case. Dorow said at Tuesday’s hearing she may scrap the questionnaire and decide whether to move the trial or bring in out-of-county jurors during Monday’s proceedings.