At their convention, Republicans mounted an all-out assault against a familiar enemy: New York City. 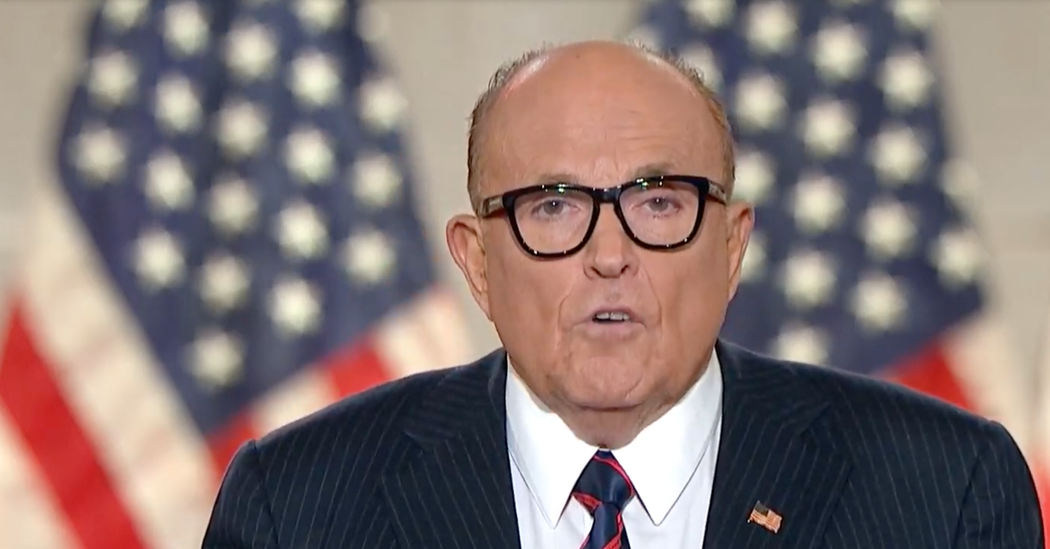 For the first half of the final night of the Republican National Convention, you could be forgiven for thinking the Democratic presidential nominee was New York City itself.

Rudolph W. Giuliani, a former New York mayor, attacked the city. Patrick Lynch, the president of the city’s police union, ticked through a list of local people killed by gun violence. There was a video montage attacking, for some reason, Mayor Bill de Blasio (who, it should be noted, did briefly run for president himself last year).

And Senator Mitch McConnell, the majority leader, in his very brief testimonial, proudly noted that he was the only leader in Washington not from New York or California.

All this for the city that launched President Trump’s career in real estate, the media and eventually politics.

It’s hard to imagine a Democratic convention spending an evening firing a series of attacks against a heavily Republican state like Oklahoma or Idaho. But Republicans don’t think twice about painting New York or San Francisco as political boogeymen, places to hold up as examples of what the rest of the country wants to avoid.

Much of this is simply Republicans engaging in the very identity politics they claim to abhor. New York City is full of Black and Hispanic people, and millions of immigrants — the sort of people Republicans have long used to scare up votes in white America long before Mr. Trump’s rise.

Now that they have a president eager and willing to tar American cities because they are governed by Democrats, there is very little subtlety to their attacks on New York City.