At the Supreme Court, a Farewell to Justice Ruth Bader Ginsburg 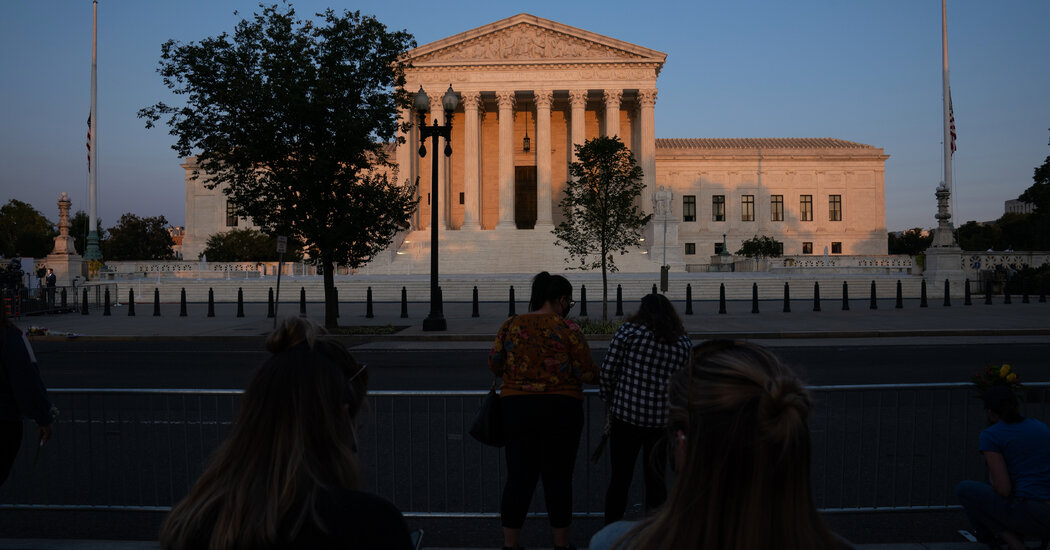 WASHINGTON — The Supreme Court will honor Justice Ruth Bader Ginsburg on Wednesday at a ceremony in its Great Hall, just steps from the courtroom where she reshaped American law, first as a litigator who secured landmark victories for women’s rights and then as a justice whose skill and grit turned her into a cultural icon.

Though the courtroom has been empty since March, when the coronavirus pandemic forced the justices to cancel arguments, the court has draped black wool crepe over Justice Ginsburg’s chair, from which — sometimes barely visible over the bench — she asked uniformly penetrating and occasionally devastating questions of the lawyers who appeared before her.

She was, Chief Justice John G. Roberts Jr. said in a statement issued after her death on Friday at 87, “a jurist of historic stature.”

The ceremony will start three days of extraordinary honors, ones reserved for towering figures in the nation’s history. Justice Ginsburg will, for instance, lie in repose for two days at the court, while the three most recent members of the court to die — Justices John Paul Stevens and Antonin Scalia and Chief Justice William H. Rehnquist — did so for one day each.

In a concession to the pandemic, Justice Ginsburg’s coffin will be placed outside, under the court’s portico, so members of the public may pay their respects. When Justice Scalia died, thousands of dignitaries, friends, local residents and visitors said their goodbyes in the Great Hall after standing in a line that stretched around the block. There is reason to think that, even in the midst of a health crisis, the public response this week will be even greater.

Justice Ginsburg’s death, after a fierce struggle with cancer, would have been wrenching for her admirers in ordinary times. But the political maneuvering that started just hours later, with Republicans pressing to install her replacement before an election less than two months away, has mixed anguish with outrage on the political left.

On Friday, Justice Ginsburg will lie in state at the Capitol, in the National Statuary Hall, the first woman ever to be granted that rare posthumous accolade. (Because Rosa Parks, the civil rights leader, had not served in the government, she was said to have lain in honor, not state, in the Capitol Rotunda.)

The only other member of the Supreme Court to have lain in state, in 1930, was Chief Justice William Howard Taft. He had also been president.

At the court on Wednesday, Justice Ginsburg’s coffin will be carried up the courthouse’s grand marble steps shortly before 9:30 a.m. by the Supreme Court police. The justice’s former law clerks will serve as honorary pallbearers, lining the steps. The ceremony inside will be attended by her fellow justices, relatives and close friends.

Starting around 11 a.m., members of the public, who will be required to wear masks and keep their distance from one other, will approach the coffin to honor Justice Ginsburg’s memory and ponder her legacy.