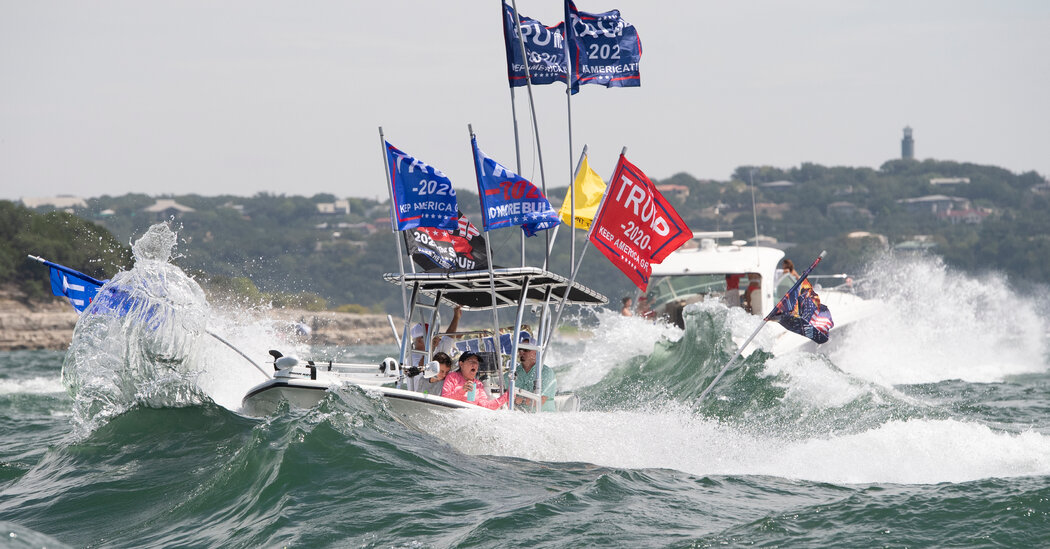 At least four boats sank at an event promoted as a Trump Boat Parade on Lake Travis in Texas on Saturday, the authorities said.

Firefighters pulled some people out of the water, said Braden Frame, president of the Lake Travis Fire Fighters Association.

Exactly what happened as well as the number of boats participating in the gathering was not immediately clear, Ms. Dark said.

The event, called the Lake Travis Trump Boat Parade, was organized on Facebook.

Owners of boats of “all shapes and sizes” were encouraged to participate and to decorate them with “as many Trump flags as she can handle,” the event’s Facebook page said.

Boaters were set to travel around the lake, which is about 15 miles northwest of Austin, at 10 miles per hour, according to the event’s page.