At late-night rally, Trump suggests he may fire Fauci ‘after the election.’ 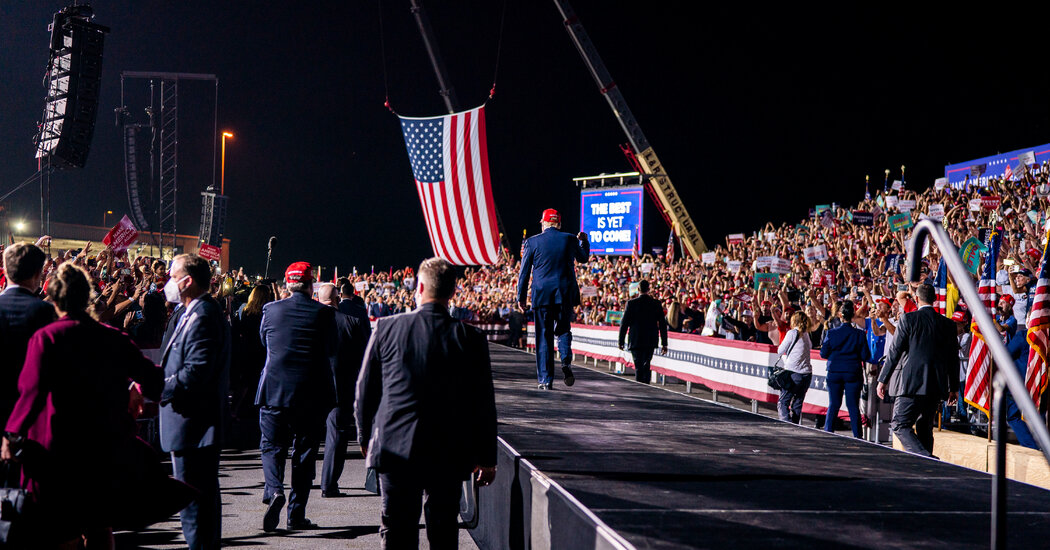 President Trump suggested at a rally early Monday morning that he might fire Dr. Anthony S. Fauci after Election Day, further escalating the tension between his administration and the nation’s top infectious disease expert as the number of new coronavirus cases in the United States reaches record highs.

Mr. Trump spoke well past midnight at the Miami-Opa Locka Executive Airport in Florida at his fifth and final rally of the day. At one point, he began reciting a familiar complaint about the news media’s continued coverage of the virus.

His grousing led the crowd of his supporters to begin chanting, “Fire Fauci! Fire Fauci!” Mr. Trump listened in silence for a few moments before remarking: “Don’t tell anybody, but let me wait until a little bit after the election. I appreciate the advice.”

That assertion is strongly disputed by Dr. Fauci, who told the The Washington Post in an interview published on Saturday that the United States “could not possibly be positioned more poorly” as it heads into winter. A White House spokesman later called Dr. Fauci’s comments “unacceptable.”

Former Vice President Joseph R. Biden Jr., the Democratic nominee, has said repeatedly that if he were to win the presidency, he is hopeful Dr. Fauci would remain in his role and serve in his administration.

Mr. Trump’s quip about Dr. Fauci, the director of the National Institute of Allergy and Infectious Diseases, was part of an hourlong mix of meanspirited jokes, misstatements, hyperbole, self-congratulation and occasional on-script arguments he made for his re-election.

Mr. Trump has adopted Florida as his home turf, and it is a swing state that he desperately needs to win to open paths to another four-year term. Although he narrowly prevailed there in 2016, polls, including one released Sunday by The New York Times and Siena College, have shown him trailing Mr. Biden in a tight race.

Roughly 8.7 million Floridians had already voted as of Sunday, according to the U.S. Elections Project, almost two-thirds of all registered voters in the state. But at least as of Sunday night, turnout among Black and Hispanic voters, both key groups for Democrats, has been lagging in Miami-Dade County, the most populous county in the state.

In a sign of how important South Florida is to the Biden campaign, Senator Kamala Harris, Mr. Biden’s running mate, visited the region on Saturday, and former President Barack Obama is scheduled to campaign there for Mr. Biden on Monday.

“We win Florida,” Mr. Trump said at the rally, “we win the whole thing.”