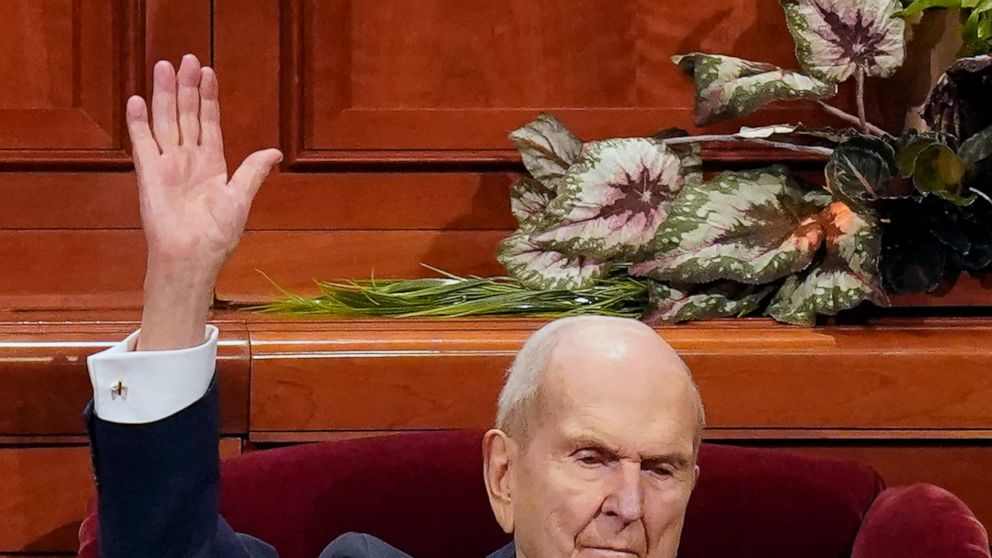 Russell Nelson, the president of the Church of Jesus Christ of Latter-day Saints, became the faith’s oldest leader in history on Thursday

SALT LAKE CITY — The president of the The Church of Jesus Christ of Latter-day Saints became the faith’s oldest leader in history on Thursday at 97 years, seven months and six days.

President Russell Nelson, a former heart surgeon, has led the faith known widely as the Mormon church since 2018 and oversees everything from the church’s multibillion-dollar financial holdings to church doctrine and policy. Members of the faith believe the president-prophet receives divine revelation and direct word from God.

Church presidents serve until they die.

Nelson’s surpasses the previous oldest church president, Gordon B. Hinckley, who died in 2008 at the age of 97 after serving 13 years.

Though the church continues to expand worldwide and grow its membership, Nelson’s record age reflects the broader composition of its aging white male leadership. He and his top two counselors who form what the church calls “the first presidency” are 97, 89 and 88 year-old white men, all older than President Joe Biden, 79, and Pope Francis, the 85-year-old leader of the Catholic Church.

Nelson has thus far served for four years as president, a much shorter period than his immediate predecessors, who served about eight and 10 years. Before becoming president, he served for 34 years as a high-ranking church official.