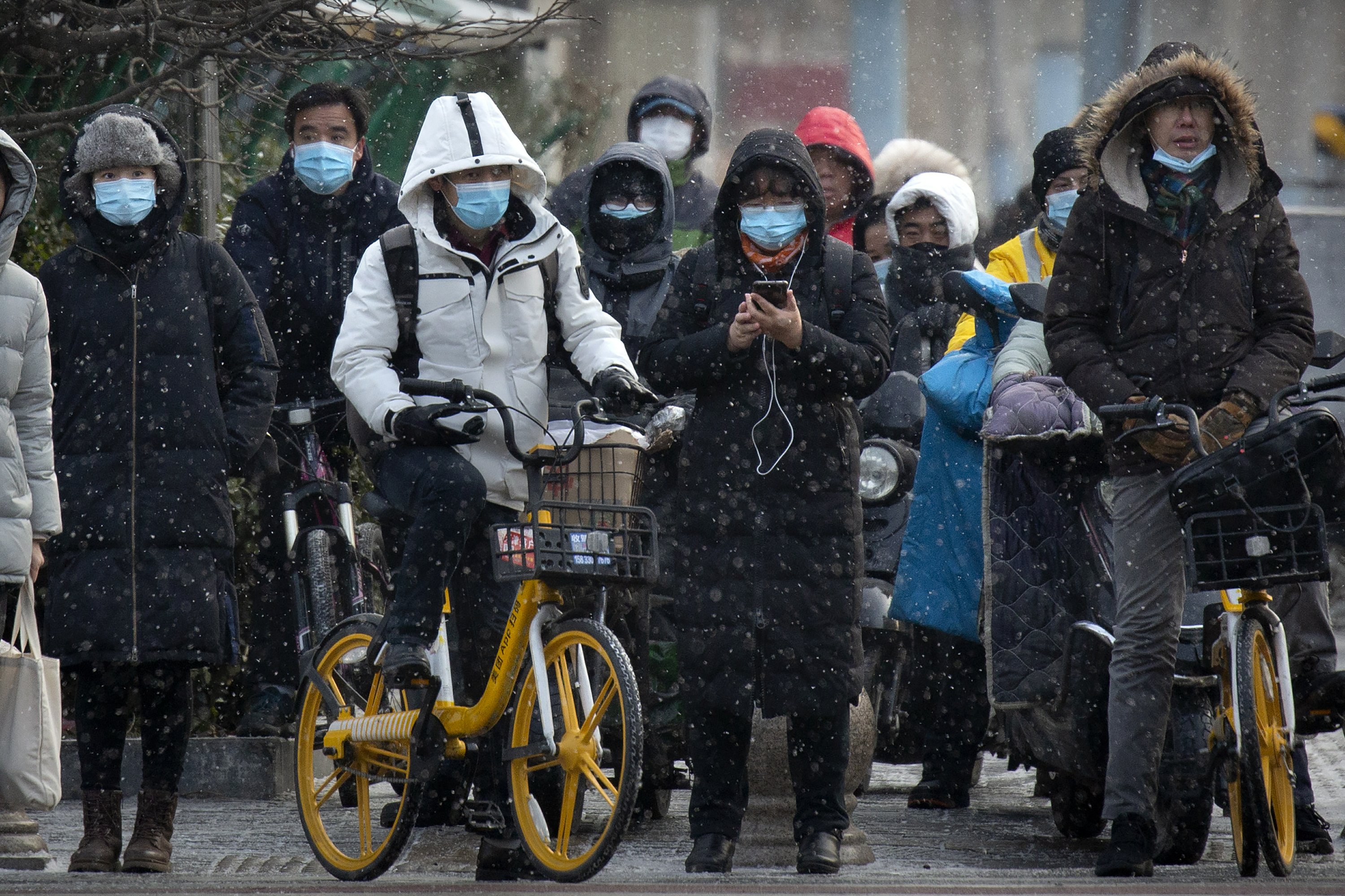 BEIJING (AP) — China was dealing with coronavirus outbreaks across its frigid northeast on Tuesday, prompting additional lockdowns and travel bans ahead of next month’s Lunar New Year holiday.

The country reported another 118 cases on Tuesday, with 43 of those in the province of Jilin. Hebei province just outside Beijing saw another 35 cases, while Heilongjiang province bordering Russia reported 27 new cases.

Beijing, where some residential communities and outlying villages have been placed under lockdown, reported just one new case.

A fourth northern province, Liaoning, has also imposed quarantines and travel restrictions to prevent the virus from further spreading, part of measures being imposed across much of the country to prevent new outbreaks during during February’s Lunar New Year holiday.

Authorities have called on citizens not to travel, ordered schools closed a week early and conducted testing on a massive scale.

Hebei’s provincial capital, Shijiazhuang, has been building a complex of prefabricated housing units to allow the quarantine of more than 3,000 people as it struggles to control more infections.

China has reported a total of 88,454 cases and 4,635 deaths since coronavirus was first detected in the central Chinese city of Wuhan in late 2019. China does not include people who test positive but have no symptoms in its count.

A multinational team of investigators from the World Health Organization are currently in Wuhan undergoing two weeks of quarantine before beginning field visits in hopes of gaining clues into the origins of the pandemic that has now killed more than 2 million people.

In other developments in the Asia-Pacific region:

— Travelers to New Zealand from most other nations will need to show negative pre-departure coronavirus tests from Jan. 25, officials announced Tuesday. New Zealand recently imposed the rule on travelers from the U.S. and the U.K. and is extending it to all other countries, with the exception of Australia and a handful of Pacific Island nations. Travelers returning from Antarctica are also exempt. COVID-19 Response Minister Chris Hipkins said New Zealand has some of the strictest border measures in the world, which it needs to maintain its strategy of eliminating the virus. There is currently no community spread of the virus in New Zealand, with all known infections among travelers who have been put into quarantine at the border. Most travelers are required to spend two weeks in quarantine upon arrival.