As young Black athletes call for a racial awakening, some N.F.L. retirees declare fealty to Trump. 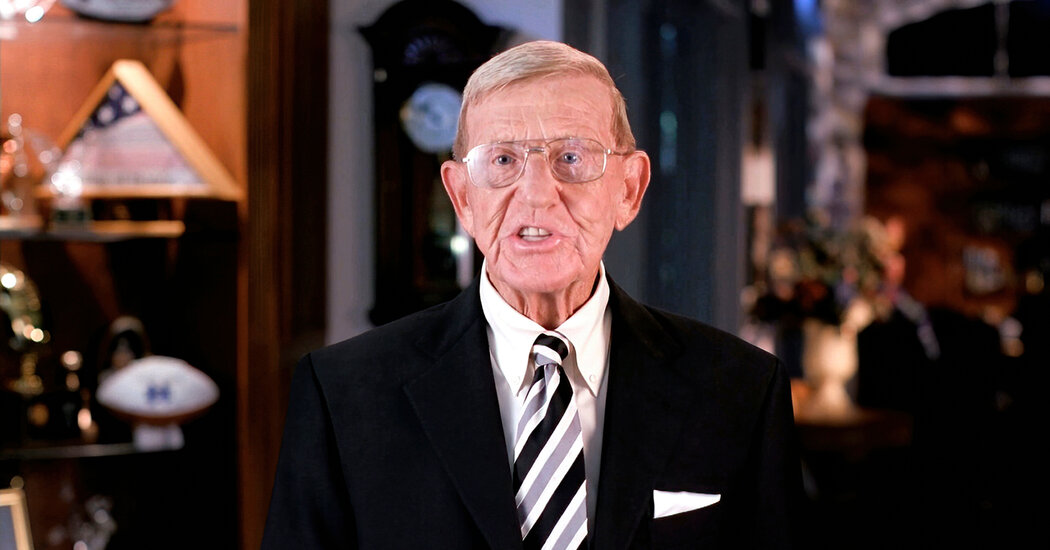 On one of the most consequential nights in recent sports history — when a player-led boycott forced the N.B.A. to postpone playoff games — the Republican National Convention offered pro-Trump testimonials from a retired Notre Dame coach and a former N.F.L. player facing insider-trading charges.

“It is a pleasure, a blessing and an honor for me to explain why I believe that President Trump is a consistent winner,” said Lou Holtz, 83, who coached college and pro football teams during a successful four-decade career.

“I am here as a servant to God, a servant to the people of our nation and a servant to our president,” said the former Minnesota Vikings safety Jack Brewer, 41.

Mr. Trump has plenty of support among athletes, especially white ones, across a range of sports. And he has hobnobbed with many Black sports figures, most from previous generations, like Mike Tyson, Herschel Walker and Jim Brown. Some, like Mr. Walker, have appeared at the Republican National Convention and delivered a message that the party wants to project — that the president is not racist.

But many in the current generation of Black athletes in the N.B.A. and other leagues have added their voices to a broader call for social justice

And the shooting of Jacob Blake, a Black father who was partly paralyzed after a white officer fired seven shots into his back on Sunday in Kenosha, Wis., has revived the sense of urgency stirred by the death of George Floyd under the knee of a Minneapolis police officer in May.