As War Rages, a Struggle to Balance Energy Crunch and Climate Crisis 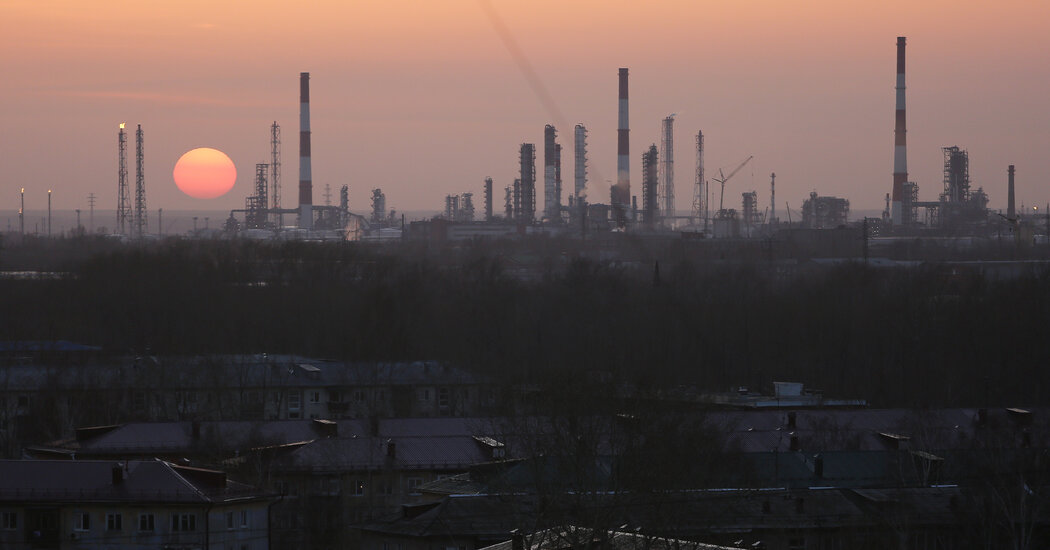 “We are on a war footing, an emergency, and we have to responsibly increase short-term supply where we can right now to stabilize the market and to minimize harm to American families,” Energy Secretary Jennifer Granholm told oil and gas executives on Wednesday at an industry conference in Houston. “That means you producing more right now, where and if you can.”

Ms. Granholm said that ramping up oil and gas production in the short term would not mean abandoning the administration’s goal of moving away from fossil fuels in order to fight global warming. Mr. Biden has vowed to slash America’s greenhouse gas emissions at least 50 percent below 2005 levels by 2030.

“Yes, right now, we need oil and gas production to rise to meet current demand,” Ms. Granholm said. But, she added, “we’re serious about decarbonizing while providing reliable energy that doesn’t depend on foreign adversaries.”

Oil use in industrialized countries dropped between 2005 and 2012, the last time prices were high, but consumption has flatlined since, save for a dip during the pandemic.

It remains uncertain how much the United States will actually do to curb its dependence on fossil fuels in the years ahead. In its most recent annual outlook, the U.S. Energy Information Administration said that oil and gas were expected to remain the nation’s leading energy sources through 2050 without a major shift in policy. That is the same year by which, scientists say, nations need to largely eliminate fossil fuel emissions if they want to prevent the most catastrophic effects of global warming.

The administration’s main legislative proposal for speeding up the transition to cleaner energy, the Build Back Better Act, remains in limbo. That bill includes $555 billion in spending to deploy low-carbon technologies like wind, solar, geothermal and nuclear power. Buyers of electric vehicles would receive up to $12,500 in tax credits. The bill also has billions of dollars to make buildings more energy efficient and replace gas-powered furnaces with electric versions.

In theory, those measures could go a long way toward shrinking America’s reliance on oil and gas, though they would take time to work. A recent analysis by the think tank Energy Innovation estimated that the bill’s electric vehicle provisions could cut U.S. oil consumption by 180 million barrels per year by 2030, more than double what the nation imported from Russia last year. Other provisions to clean up power plants, buildings and industry could cut U.S. natural gas use by 4.7 trillion cubic feet per year by 2030, equivalent to 85 percent of what Europe imported from Russia last year.