As Trump visited Kenosha, he struggled to stay on message. 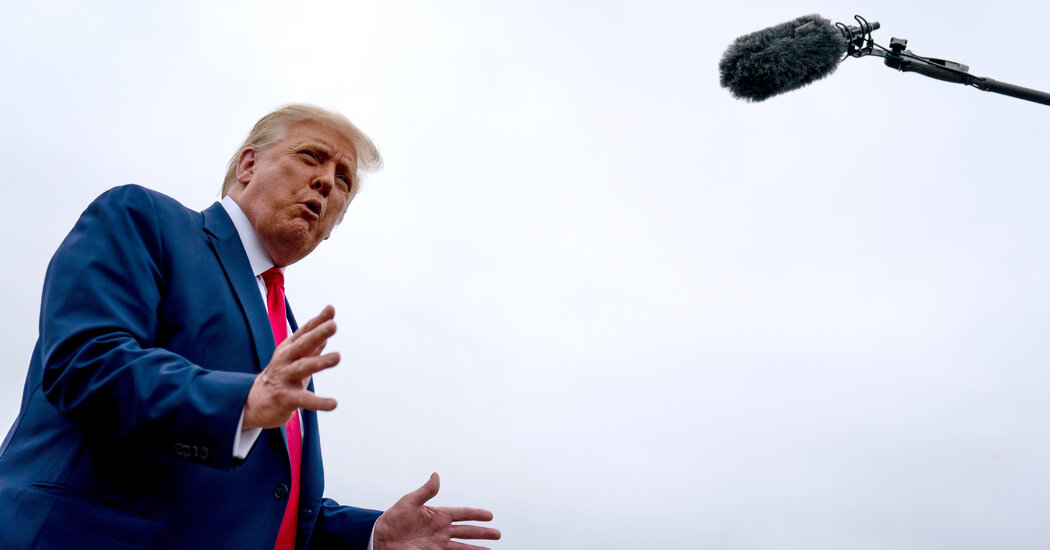 When President Trump visited Kenosha, Wis., on Tuesday, he was trying to highlight what he and his advisers believe could be a politically advantageous issue — the unrest that has broken out at some protests over the use of force by the police against Black people.

But even before the trip began, Mr. Trump overshadowed his message of the day with a string of tweets aimed at rebutting something no journalist has reported — that he had a series of “mini-strokes” in late 2019, requiring a covert visit to Walter Reed National Military Medical Center.

Mr. Trump toured damage in Kenosha and sat for a round-table event on “community safety.” He was vocal about feeling “safe” in the city, where there has been unrest after the police shot a Black man, Jacob Blake, seven times.

Before he left for Wisconsin, Mr. Trump doubled down on a claim he has made without offering any supporting evidence, that people in black clothes had boarded a plane with the intent of flying to other cities to create violent mayhem. The claim had political observers scratching their heads for two days, and left his aides scrambling to explain it.

And on the president’s Twitter feed, he amplified the internet conspiracy theory about him suffering small strokes.

“It never ends!” Mr. Trump tweeted. “Now they are trying to say that your favorite President, me, went to Walter Reed Medical Center, having suffered a series of mini-strokes. Never happened to THIS candidate – FAKE NEWS. Perhaps they are referring to another candidate from another Party!”

Never mind that no one had actually reported it — Mr. Trump was so adamant about the issue that he directed his re-election campaign to issue a statement saying that Joe Lockhart, a CNN commentator and former White House press secretary, should be fired for musing about Mr. Trump’s health.

The president’s inability to stop talking about himself and to keep attention focused on a message that could win back disaffected voters has been a chronic problem, one that none of his advisers have been able to solve.

After Trump accuses doctors of profiteering, medical professionals push back.