As Trump clashes with CDC, the media accuse him of ignoring science – Fox News 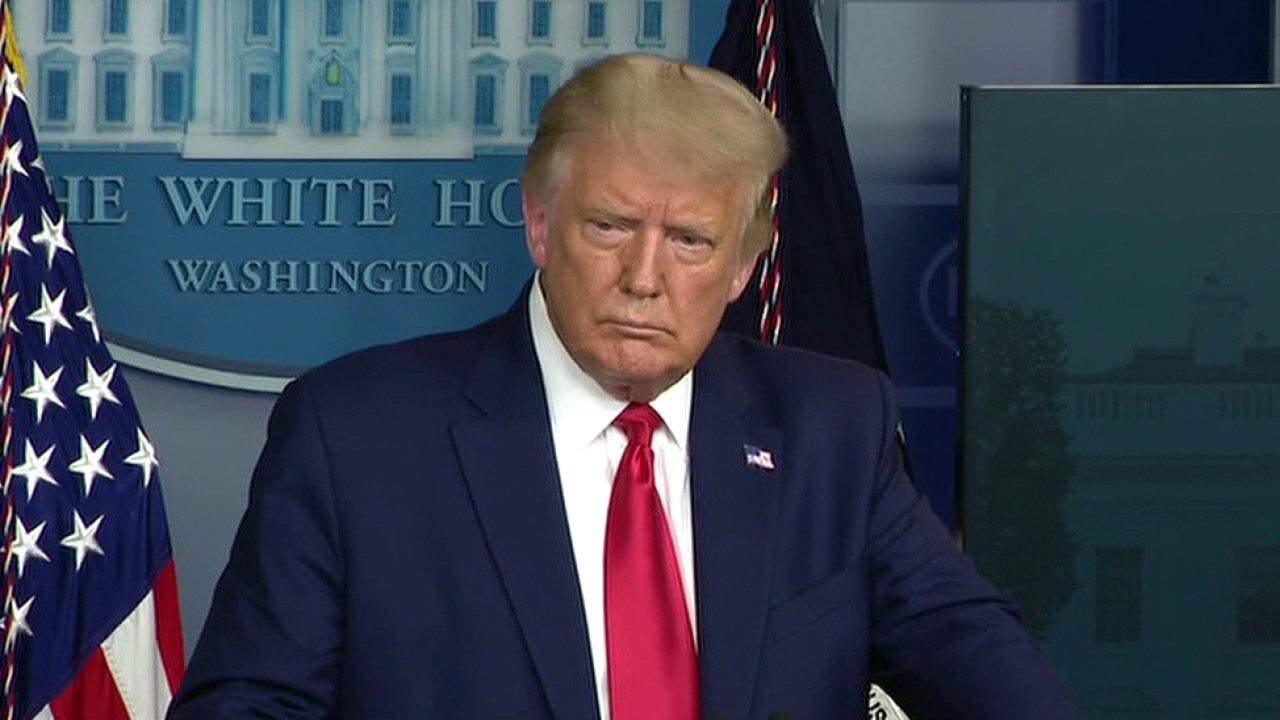 When you’re the CEO of a company, you have the final say.

If subordinates are pushing a different view, they either get with the program or they’re gone.

Donald Trump, long accustomed to running his own real estate empire, has taken a similar approach as the government’s chief executive. When he grew dissatisfied with Jeff Sessions, Jim Mattis, Rex Tillerson, John Kelly, John Bolton and many others, they were shown the door (and in some cases rushed to go through it.)

But there are two areas where it is problematic for a president to take a my-way-or-the-highway approach: science and law enforcement.

The latest media uproar over Trump–there seems to be at least one a day–was triggered by the way he contradicted the head of the CDC. And that led to growing criticism that the president has politicized the handling of the coronavirus and the search for a vaccine.

WHY TRUMP’S WILDER CLAIMS ARE COMPLICATING HIS CAMPAIGN

After all, Trump has repeatedly criticized Anthony Fauci, who was eased off center stage, and top HHS spokesman Michael Caputo, who just took a leave after a bizarre Facebook rant, was changing, delaying and killing the CDC’s virus advice to government agencies. And there were dustups over his promotion of hydroxychloroquine, his mention of disinfectant and his continued staging of indoor rallies.

It seemed routine when CDC chief Robert Redfield told a Senate panel that even if a vaccine is produced by November or December, it will take a while to distribute it:

“If you are asking me when is it going to be generally available to the American public so we can begin to take advantage of vaccine to get back to our regular life, I think we are probably looking at third — late second quarter, third quarter 2021.”

The doctor also said that face masks are “more guaranteed to protect me against Covid than when I take a Covid vaccine.”

At his Wednesday presser, Trump said Redfield was, well, wrong. “I think he made a mistake when he said that,” the president said. “It’s just incorrect information.” He said Redfield must have misunderstood the question and that a vaccine would go “to the general public immediately.”

Redfield also made a “mistake,” Trump said, in arguing that masks are more effective than a vaccine (which the doctor said doesn’t have a 100 success rate).

Trump later called Redfield, who stood by his testimony on Twitter, and a CDC statement tried to smooth things over without retracting what the agency director said.

For the president to be openly feuding with the Centers for Disease Control offers ammunition to those who believe he wants to bend science to his political agenda. The same issue arose when Trump was briefed on the California wildfires and insisted that forest management, not climate change, was to blame for their growing destructiveness.

Trump has repeatedly been accused of painting an unduly rosy picture of the virus, which was exacerbated by his admission in the Bob Woodward book that he had downplayed the virus. That question surfaced during an ABC town hall, when Trump told George Stephanopoulos that he had actually been “up-playing” the virus with the actions he took.

SUBSCRIBE TO HOWIE’S MEDIA BUZZMETER PODCAST, A RIFF OF THE DAY’S HOTTEST STORIES

The other arena in which presidents are not supposed to interfere is criminal justice. Yet Trump has repeatedly demanded investigations of Obama administration officials, denounced the Michael Flynn prosecution and commuted the sentence of longtime friend Roger Stone (which of course he has the constitutional right to do).

William Barr, who has been accused of politically aiding his boss–he intervened to drop the Flynn case and reduce a sentencing recommendation for Stone–defended his tenure in a provocative speech to Hillsdale College.

Barr said he had every right to overrule career prosecutors, who he charged too often engage in “headhunting” by going after big names.

“Letting the most junior members set the agenda might be a good philosophy for a Montessori preschool,” Barr said. “But it is no way to run a federal agency…

“Now you have to call your adversary a criminal. And instead of beating them politically, you try to put them in jail. So we’re becoming sort of like an Eastern European country where if you’re not in power, you’re in jail or you’re a member of the press.”

He’s right–the criminalization of politics is indeed troubling–but critics of Trump and Barr have accused them of doing just that.

With the virus having claimed nearly 200,000 American lives, the president is essentially betting his campaign on the idea that more voters will believe him than the likes of Redfield and Fauci. But this devastating virus, as we have seen, pays no attention to politics.