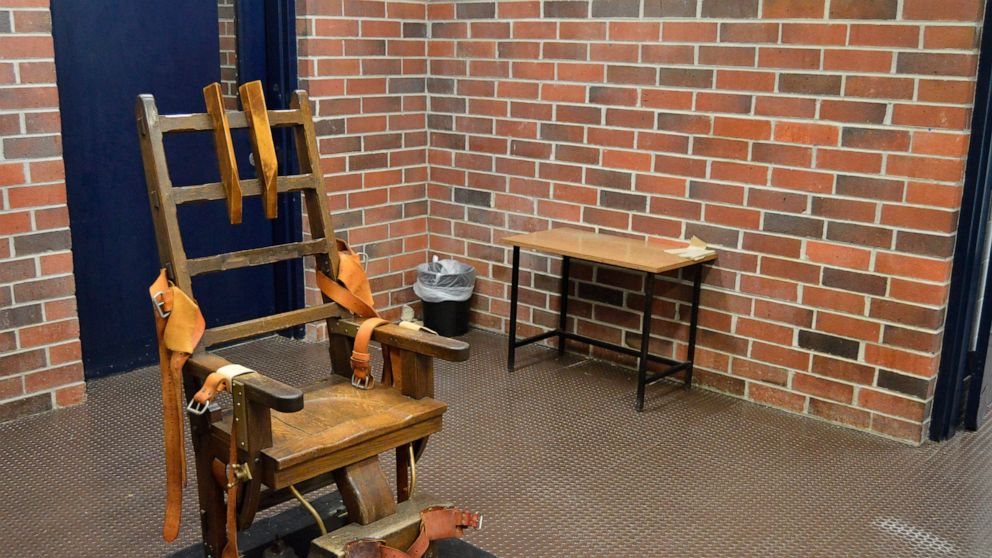 COLUMBIA, S.C. — It’s been more than a decade since Randy Gardner’s brother was the last U.S. inmate executed by firing squad, years the Utah man says have been filled with nightmares about what he describes as his brother’s “gruesome” death. Now, Gardner is among advocates spending time in South Carolina, speaking out about why he feels the method shouldn’t be used here.

Gardner didn’t witness the 2010 execution of his brother, Ronnie Lee Gardner, condemned to die for shooting a man to death during a failed courthouse escape attempt. But Gardner said that Ronnie had chosen to die by firing squad — restrained in a chair as five gunmen carried out the sentence, a hood covering his face — in part because of how he had taken another person’s life.

“He knew how gruesome the firing squad would be,” Randy Gardner told The Associated Press on Friday. “But he thought, well, he killed someone with a gun, and he thought he deserved the same treatment.”

Gardner has been part of recent conversations arranged by Death Penalty Action, a national anti-death penalty group that helps local ones organize against capital punishment. A small gathering was planned for Columbia on Friday, with a larger rally scheduled for Saturday in Greenville.

Also included in the events are speakers like the Rev. Sharon Risher, whose mother was among the nine Bible study participants slain in a 2015 racist attack at a Black Charleston church. Risher planned to discuss the wounds she feels are reopened each time the man sentenced to die in that case resurfaces, such as with his recent appeal.

“For me and many people like me, appeals are the worst torture imaginable,” Risher, who wants Dylann Roof’s death sentence overturned, said in a release. “Every time this case is in the news … I am brought right back to that terrible day and the searing pain of the weeks, months and years that have followed.”

The tour comes as a newly scheduled execution looms under South Carolina’s revamped capital punishment law — which now includes a firing squad option, making the state one of four in the nation to do so.

This month, South Carolina Gov. Henry McMaster signed into law a bill forcing condemned inmates to choose between the electric chair or firing squad, in hopes the state can resume executions after an involuntary 10-year pause due to lack of lethal injection drugs. The law officially retains injection as the primary method but requires prison officials to use the electric chair or firing squad if the state doesn’t have the drugs.

Two inmates who’ve exhausted their appeals immediately sued, saying they can’t be electrocuted or shot since they were sentenced under a prior law making lethal injection the default method.

One of those inmates was Brad Sigmon, convicted in 2002 for a double murder. On Thursday, the South Carolina Supreme Court set June 18 as Sigmon’s execution date, which his attorneys are seeking to block while the lawsuit proceeds.

There are 37 men on South Carolina’s death row. The state’s last execution took place in 2011, and its batch of lethal injection drugs expired two years later.

“It’s actually a bit of surprise to me that it has taken states this long,” Abe Bonowitz, Death Penalty Action’s executive director, told the AP, of jurisdictions’ addition of execution methods, due to drug unavailability. “Our point is that, for 10 years, we’ve not had an execution, and it hasn’t made a difference about whether murderers are caught or held accountable, so what’s the point?”

Even though he didn’t see his brother’s execution, Randy Gardner said he still suffers from post-traumatic stress disorder due to the way that Ronnie died, haunted for years by nightmares related to firing squads.

“I think it is cruel and unusual punishment, to someone like Ronnie, but also to his family and the people who loved him,” Gardner said. “You’re becoming no better than the killer. And an eye for an eye makes the whole world go blind.”

“The death penalty is going to stay the law here for a while,” Harpootlian said. “If we’re going to have it, it ought to be humane.”

Meg Kinnard can be reached at http://twitter.com/MegKinnardAP