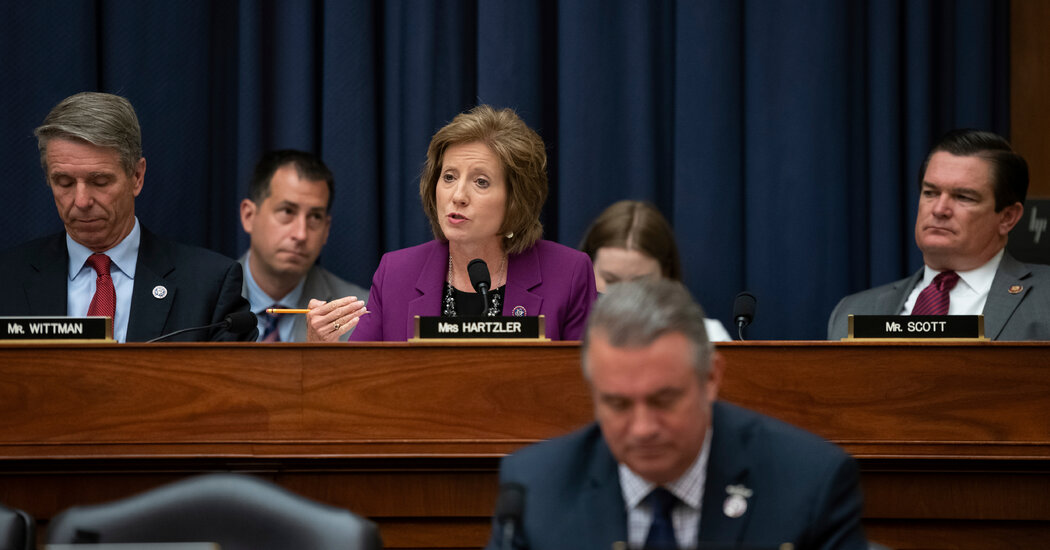 The accusations facing some Republican men are so stark that they raise the question: What would disqualify a candidate in a Republican primary? Mr. Greitens resigned as Missouri’s governor after a hairdresser testified under oath in 2018 that he had taped her hands to pull-up rings in his basement, blindfolded her, stripped her clothes off and taken a photo of her, which he threatened to release if she revealed their affair.

Amid his current Senate campaign, Mr. Greitens was accused last month in a sworn affidavit from his former wife that he had violently abused her and had hit one of their sons as his governorship unraveled. Still, a poll taken after the accusations came to light showed Mr. Greitens neck and neck with Ms. Hartzler and Eric Schmitt, Missouri’s attorney general.

Mr. Walker, a former college and pro football star who has the backing not only of Mr. Trump but also much of the Republican establishment, has been accused by his ex-wife of attacking her in bed, choking her and threatening to kill her. Mr. Walker doesn’t deny the assault and has said he was suffering from mental illness.

Mallory Blount, a spokeswoman for Mr. Walker’s campaign, said he “emphatically denies” the “false claims” from another woman who said he had been her longtime boyfriend and that when she broke up with him, he had threatened to kill her and himself. Ms. Blount also said he has denied a violent stalking charge by a Dallas Cowboys cheerleader.

Mr. Walker “has owned up to his mistakes, sought forgiveness, gotten treatment, and dedicated his life to helping others who are struggling,” Ms. Blount said, condemning the media for surfacing past allegations.

Max Miller, another Trump-backed candidate and a former White House aide running for an Ohio House seat, was accused by one of Mr. Trump’s press secretaries, Stephanie Grisham, of hitting her the day they broke up. Mr. Miller denied the allegation, then sued Ms. Grisham for defamation, accusing her of making “libelous and defamatory false statements.” His campaign did not respond to requests for comment.