Armenia, Azerbaijan Accuse Each Other Of Breaking Latest Cease-Fire Within Minutes – NPR 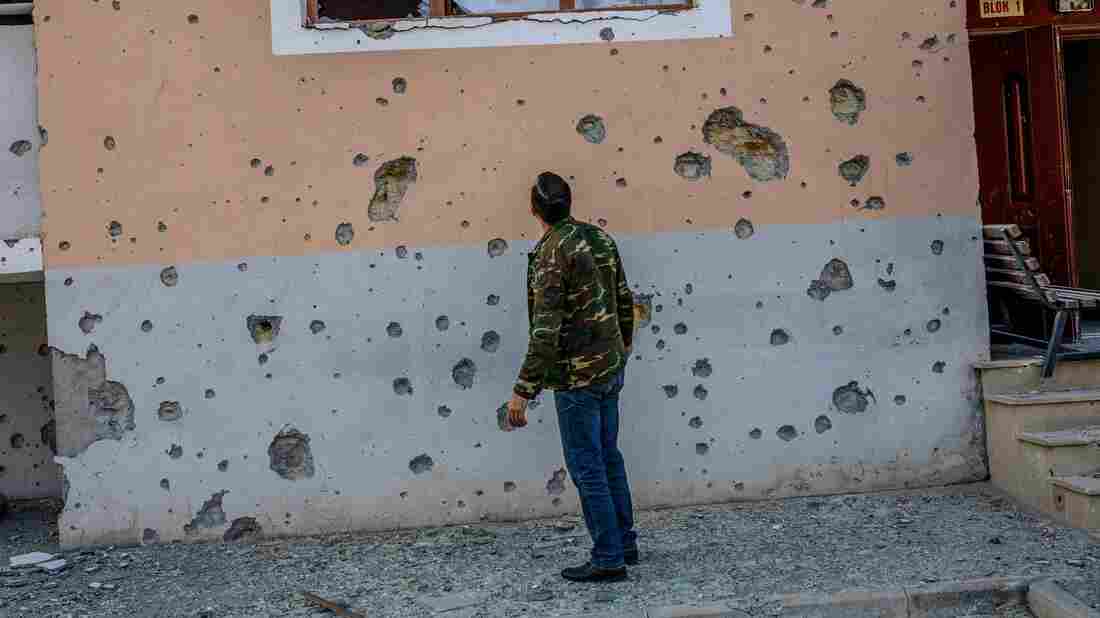 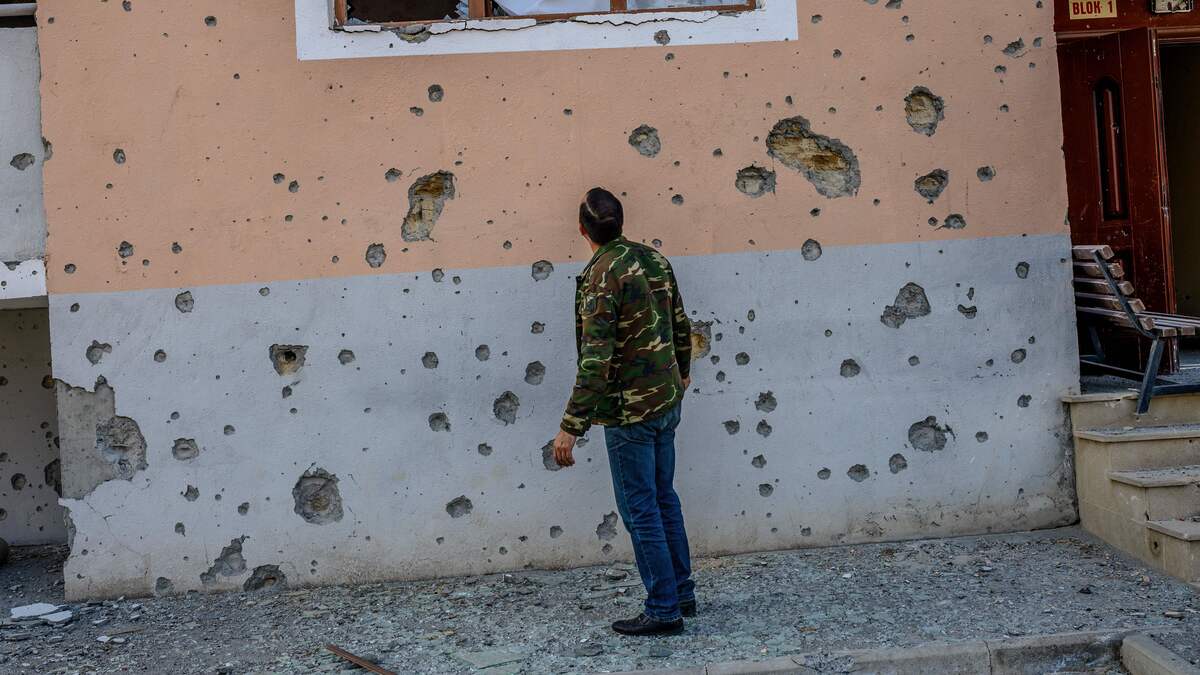 Movsumov Qowkar, 32, checks his neighbor’s home damaged by shelling in the city of Terter early on Sunday.

Fighting between Armenia and Azerbaijan over the disputed Nagorno-Karabakh region took another turn on Sunday, with the two countries accusing each other of violating the latest cease-fire just minutes after it took effect.

The tiny region in the South Caucasus has been the site of hundreds of military and civilian deaths, significant property destruction and inflamed tensions since violence broke out between the two countries in late September, intensifying a decades-long conflict.

Nagorno-Karabakh is internationally recognized as part of Azerbaijan but governed by ethnic Armenians as a de facto independent state.

A humanitarian cease-fire, brokered by Russia, initially took effect on Oct. 10 and was met almost immediately by allegations of truce violations from both sides: Azerbaijan accused Armenia of trying to attack its petroleum pipelines, while Armenians countered that Azerbaijan was still trying to seize the disputed territory.

They said the decision was based on statements by the presidents of France, Russia and the United States, which make up the OSCE Minsk Group that has worked to resolve the conflict since 1992.

Both sides say the fresh cease-fire did not last long.

A spokesperson for Armenia’s Defense Ministry tweeted that Azerbaijan had violated the agreement after four minutes by firing artillery shells to the north and rockets to the south.

Azerbaijan’s Ministry of Foreign Affairs said in a statement that Armenian forces started firing at the Jabrayil region two minutes after the truce was supposed to take effect, and continued its attacks throughout the morning.

“Azerbaijan remains committed to the humanitarian ceasefire, however, Azerbaijan reserves its right to take counter measures to protect its civilians and positions,” the statement said.

“Ripping up own commitments again puts on show dishonourable corrupt regime practices of Baku,” he said. Baku is the capital of Azerbaijan.

In a statement released Sunday, Nagorno-Karabakh’s Ministry of Foreign Affairs said that international recognition of the territory is “the only way to stop the Azerbaijani-Turkish perfidious behaviour that undermines the efforts and authority of international mediators.”

Turkey has openly backed Azerbaijan and blamed Armenia for the renewed fighting.

Fighting between the two nations has already caused significant damage in Nagorno-Karabakh, also known as the Republic of Artsakh.

The ombudsman reported that 36 civilians had been killed, and 115 people wounded, as of Oct. 16.

And citing Russian news agency Interfax, Reuters reported that the defense ministry of Nagorno-Karabakh announced 37 military deaths on Sunday, bringing its total to 710 since fighting erupted in late September.

According to Azerbaijani officials, an Oct. 16 missile attack by Armenia killed 13 people, including three minors, and wounded 52.

“Our revenge happens on the battlefield,” he tweeted.

A spokesperson for the secretary-general of the United Nations condemned the Oct. 16 attack, as well as “all attacks on populated areas impacted by the conflict,” in a statement issued Sunday.

The spokesperson said the secretary-general regrets that both sides have ignored repeated calls from the international community to stop fighting, and that both sides are obligated under international humanitarian law “to take constant care to spare and protect civilians and civilian infrastructure in the conduct of military operations.”