Arizona Senate candidates sparred over health care and the president in their only debate. 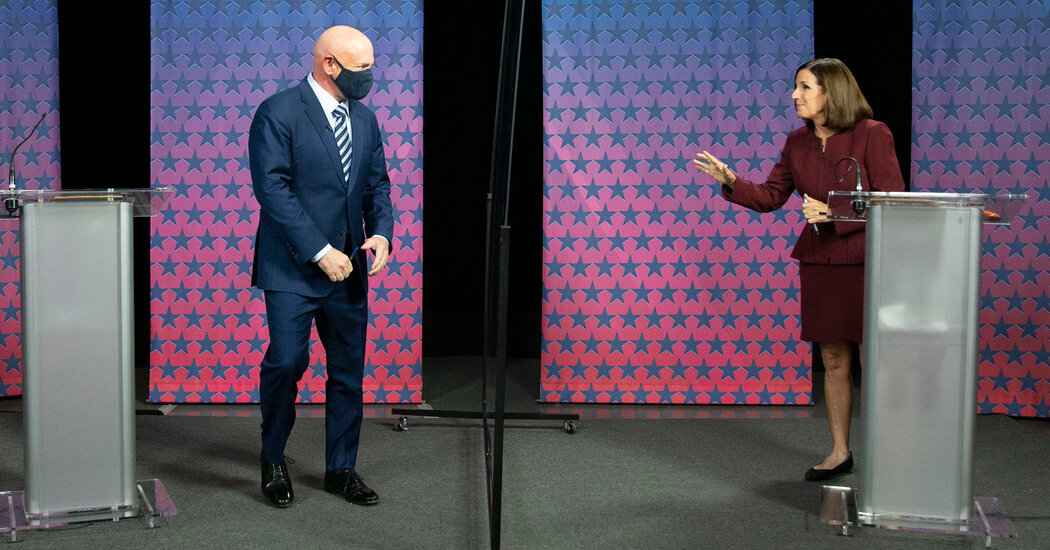 Senator Martha McSally, Republican of Arizona, and her Democratic challenger, Mark Kelly, attempted to shed their party labels Tuesday night and reach out to independent voters in their only debate for the seat Ms. McSally was appointed to in 2018.

The special election is being watched closely, not just because it is for one of a handful of seats Democrats hope to flip in their bid to gain control of the Senate, but because if Mr. Kelly wins, he could conceivably be seated in time to vote on President Trump’s nominee for Supreme Court, Judge Amy Coney Barrett.

The candidates sparred over the coronavirus as Mr. Kelly attempted to make the debate a referendum on the president and health care, arguing that Ms. McSally voted to undermine or eliminate protection for pre-existing conditions while the president has bungled the nation’s response to the virus.

“I can’t think of one instance where Senator McSally has stood up when the president has made a mistake or when the governor did something that wasn’t right,” Mr. Kelly said, referring to Arizona’s Republican governor, Doug Ducey.

While acknowledging that “mistakes were made at all levels,” Ms. McSally attempted to use the virus to pivot to Mr. Kelly’s business ties to China, saying he was too beholden to the communist country to hold it accountable for “unleashing” the virus on the world.

“While I’m standing up to China to hold them accountable, my opponent, starting in 2003 while he was serving in the U.S. Navy, went over to China on an all-expenses paid junket paid for by the Chinese Communist Party to help influence elites in America,” she said.

Both candidates emphasized their support for law enforcement, border security and the Second Amendment.