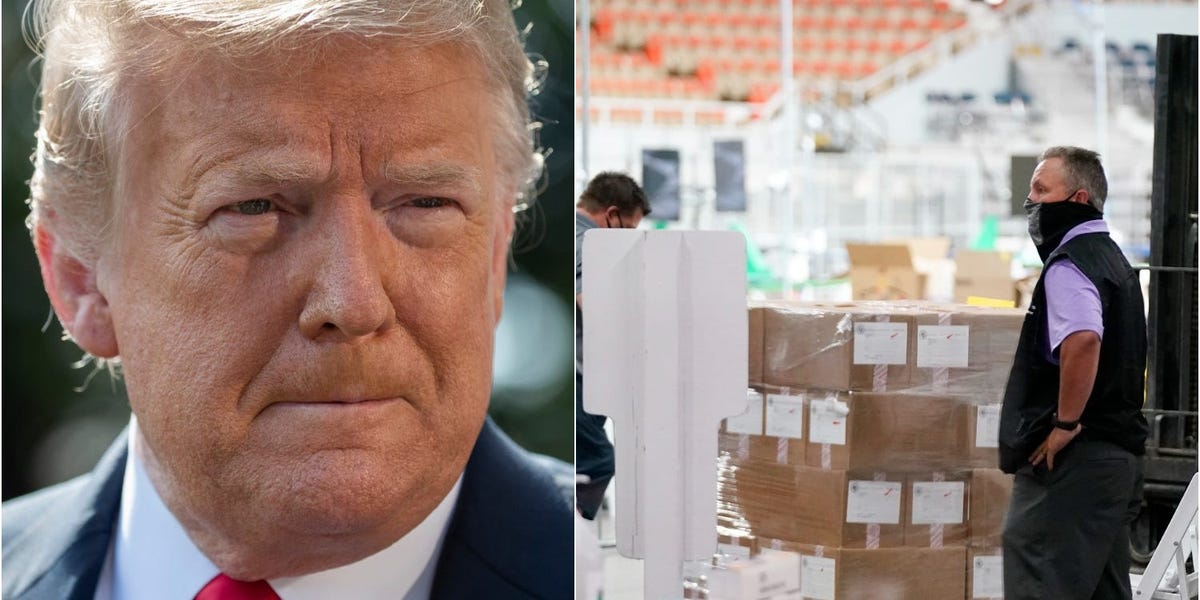 In a statement last week, Trump seized on a claim that officials had deleted the data as he pushed his conspiracy theory that last year’s election was stolen from him.

“The entire Database of Maricopa County in Arizona has been DELETED!” Trump said, claiming that journalists were too afraid to cover the story.

Ben Cotton, one of the auditing officials, told state senators on Tuesday that the data had been found, The Associated Press reported. Cotton described Trump’s claim as a “moot point.”

In a tweet on Tuesday, Maricopa County officials criticized the auditors for making the baseless accusation about deleted data in the first place.

“Just want to underscore that AZ Senate’s @ArizonaAudit account accused Maricopa County of deleting files- which would be a crime- then a day after our technical letter explained they were just looking in the wrong place,” the tweet said. “All of a sudden ‘auditors’ have recovered the files.”

The audit, commissioned by the Republican-controlled Arizona Senate in April, has been embroiled in allegations of mismanagement and partisan bias. State Republican officials, Arizona’s secretary of state, and the Justice Department have all raised concerns.

The state’s GOP has said the audit is necessary as part of an investigation into election integrity, but critics, including Maricopa County’s GOP-controlled election board, have described it as a sham driven by a desire to give credibility to Trump’s election-fraud conspiracy theories.

Arizona Senate President Karen Fann said on Tuesday that despite criticism of the audit, it would go ahead.

The audit was scheduled to wrap up on May 14 but is now expected to go on for several more weeks.