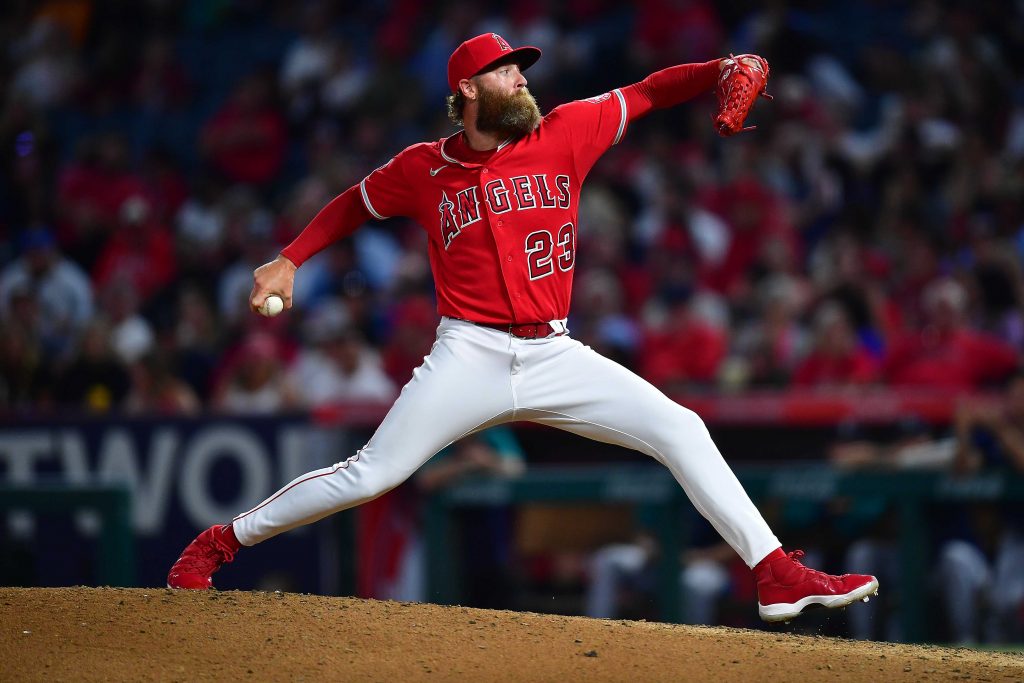 Angels reliever Archie Bradley was placed on the 15-day injured list with a fracture in his throwing elbow this evening. Trainer Mike Frostad tells reporters (including Sam Blum of the Athletic and Sarah Valenzuela of the Los Angeles Times) that he’ll be shut down from throwing entirely for at least four weeks. Frostad estimated it’ll be multiple months before he’s able to return to the majors. Bradley suffered the injury during Sunday’s brawl between the Halos and Mariners, when he slipped trying to climb over the dugout railing.

Signed to a $3.75MM guarantee over the offseason, Bradley has made 21 appearances on the year. He owns a 4.82 ERA across 18 2/3 innings, striking out just 19.2% of batters faced. It’s the second consecutive season in which he’s not missed many bats, but Bradley has continued to shoulder high-leverage innings late in games. To his credit, the right-hander has induced grounders on almost three-fifths of batted balls against him, an excellent rate that has contributed to his allowing just one home run all season.

Unfortunately, the Halos will now be without one their more trusted late-game arms for the foreseeable future. An eventual transfer to the 60-day injured list seems all but inevitable, as the 29-year-old is seemingly looking at a September return at the earliest. That obviously won’t afford him much time to demonstrate his health before he again hits the open market next winter.

The fracture also all but eliminates the possibility of the Angels moving Bradley midseason. Entering play Tuesday with a 36-40 record, the Halos could find themselves dealing away short-term players in advance of the August 2 trade deadline. Flipping Bradley wouldn’t have brought back a massive return, but there’d likely have been some interest from other clubs given his high-leverage experience and lofty ground-ball numbers.

Players on the injured list can still be traded, but it’s hard to envision another team dealing for Bradley at this point. He seems unlikely to be available for more than the final month of the regular season, at best, and his status as an impending free agent means there isn’t any long-term upside in acquiring him for a contending club.